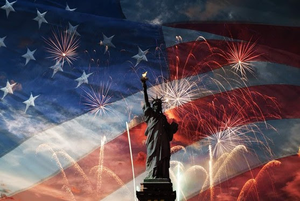 As the nation celebrates this Independence Day, it’s a good time to reflect on how our Founding Fathers enshrined in our Constitution the importance of statistics as a vital tool for measuring people, places and economy.

For more fun facts about our nation and the July 4th holiday, click here