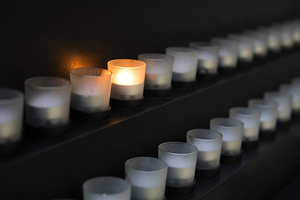 The United Nations General Assembly has designated January 27 which is the anniversary of the liberation of Auschwitz-Birkenau—as International Holocaust Remembrance Day.

On this annual day of commemoration, the UN urges every member state to honor the six million Jewish victims of the Holocaust and millions of other victims of Nazism and to develop educational programs to help prevent future genocides.

During this ceremony, leaders from the United States and Europe will join Holocaust survivors in conveying the urgent responsibility we all share to protect the lessons and legacy of Holocaust history and to defend the truth—now more than ever.

“On International Holocaust Remembrance Day and the 76th anniversary of the liberation of Auschwitz, we remember the millions of Jewish men, women and children as well as the millions more who were murdered by the Nazis during the Holocaust. We also honor the survivors and families who lived to bear witness to these tremendous atrocities. We can never allow this dark time in human history fade from our memory. As Americans, we must stand united against hatred in all its forms – and teach our children and grandchildren to call out bigotry, lies, and discrimination wherever and whenever they arise. To defeat hate, we must remain vigilant.”