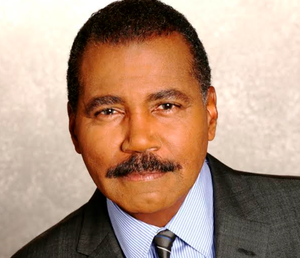 Whitaker has covered major news stories domestically and across the globe for CBS News for more than four decades. The 2018 winner of the prestigious Radio Television Digital News Association’s Paul White Award for career achievement is in his seventh year as a “60 Minutes” correspondent.

Whitaker’s reporting for “60 Minutes” has taken him to Asia, Africa, Europe, Mexico, and the Middle East. His investigation with The Washington Post into the origins of the opioid crisis won more awards than any other “60 Minutes” work, including the DuPont-Columbia University award, the Peabody, an Emmy, and an RTDNA Murrow award. Whitaker’s investigation of the H-1B visa program’s loophole allowing companies to replace Americans with foreign workers earned a Sigma Delta Chi award and he also won an Emmy for his report on the biggest data leak in Swiss banking history.

Domestically, his stories have provided keen insights into the hot-button issue of race and policing in America with his reports from Cleveland, Chicago and, most recently, Tulsa, Oklahoma, where he got the news-making first interview with the city police officer accused of manslaughter for shooting an unarmed black man.  His stories have also drawn attention to death penalty issues in the U.S. and America’s heroin epidemic. Whitaker has chronicled the epic battle to capture and hold Mexico’s infamous drug lord Joaquin “El Chapo” Guzman, gaining rare access to investigations on both sides of the border.

Born in Philadelphia Aug. 26, 1951, Whitaker graduated from Hobart and William Smith Colleges with a B.A. degree in American history and a master's degree in African American studies from Boston University. He also holds a master’s degree in journalism from the University of California, Berkeley and was awarded an honorary doctorate of humane letters from Hobart and William Smith Colleges in 1997.

With three international students watching their commencement exercise via livestream, the 68 other members of the Harvey Class of 2021 will be present to receive their diplomas during the ceremony that will be conducted in the school’s Fenstermacher Athletic Center starting at 10 a.m. In accordance with state COVID-19 guidelines, each graduate will be allowed to invite only two guests and everyone present must wear a mask while maintaining social distance.