Honoring the 20th Anniversary of the September 11, 2001 Terrorist Attacks 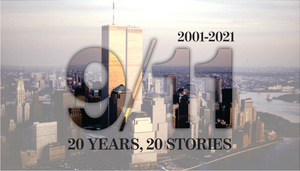 We honor the 20th Anniversary of the September 11, 2001 terrorist attacks on the World Trade Center in New York City and the Pentagon in Washington, D.C.

Nearly 2,000 people were killed in the attacks. "The attacks devastated the lives of victims' families and forever altered the course of U.S. society, history and foreign policy.." Council of Foreign Relations.

No memorial will ever be enough.

Here are a few selected titles from the Somers Library collection: