Iconic singer "MEATLOAF" passes away at 74. 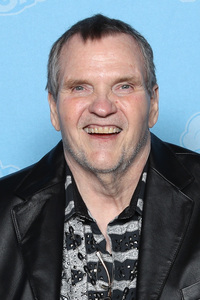 Meat Loaf, the bombastic singer whose debut album, Bat Out of Hell ,remains one of the bestselling in history, has died aged 74.

Born Marvin Lee Aday, the Grammy award-winner died last night surrounded by family and friends, according to a statement on his Facebook page. “Our hearts are broken to announce that the incomparable Meat Loaf passed away tonight with his wife Deborah by his side,” the statement said. “Daughters Pearl and Amanda and close friends have been with him throughout the last 24 hours.” The family added: “From his heart to your souls . . . don’t ever stop rocking!”

He was also known for the song “I’d Do Anything for Love (But I Won’t Do That)" and for playing Eddie in the cult film “Rocky Horror Picture Show," with his show-stopping song "Hot Patootie (Bless My Soul)."

Meat Loaf died surrounded by loved ones including his daughters Pearl and Amanda, according to the post.

The post said the Dallas-born star had sold more than 100 millions albums worldwide and appeared in more than 65 films.

His sold out shows around the globe along with numerous tv and radio appearances kept him n the spotlight and in the hearts of his fans for decades his not being a constant chart topper!

He was noted for his powerful, wide-ranging voice and theatrical live shows. His Bat Out of Hell trilogy—Bat Out of Hell, Bat Out of Hell II: Back into Hell, and Bat Out of Hell III: The Monster Is Loose—has sold more than 65 million albums worldwide. More than four decades after its release, the first album still sells an estimated 200,000 copies annually and originally stayed on the hit charts for over nine years, making it one of the best-selling albums in history.