Hat Tricks Drop a Pair over the weekend 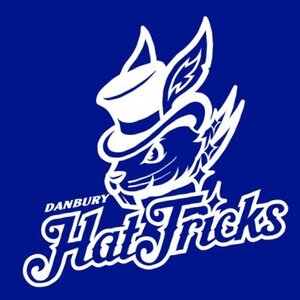 The Danbury Jr. Hat Tricks were back in action over the weekend, welcoming Maryland to wrap up their longest homestand of the season.

Danbury fought hard in game one, forcing an overtime period against the Black Bears, who currently sit atop the NAHL East. The teams were scoreless through two frames as both Adam Johnson and Michael Morelli were fantastic between the pipes.

The third period started off quickly, with four goals in the first five minutes and seventeen seconds. Jake Howard (1) opened the scoring for Danbury, netting his first career NAHL goal at 1:57 of the third. The Hat Tricks went down 2-1 before tying the game up again with a goal from Mike Salandra (3).

Ben Biester scored the third and final goal of the third to give the Hat Tricks a 3-2 lead with 10:06 remaining. Maryland would tie it up on a delayed power-play with a goal from Dimitry Kebreau (4) and send the game to overtime.

“We played our game tonight, I was happy with the way our guys battled and stayed even-keeled,” continued McCreary.

The overtime period had chances both ways, but another delayed penalty spelled doom for Danbury as Maryland capitalized on a four-on-three and Philip Tornqvist (4) lit the lamp to send the Black Bears home with a victory on Friday.

Saturday was a game that saw Maryland score four times in the first period, a deficit that the Hat Tricks couldn’t overcome.

“We took a period off tonight and it cost us,” continued McCreary. “The game we played in the second and third was solid, but we can't take any time off out there.”

After the first the Hat Tricks made a change in net, sending Josh Seely in relief of Adam Johnson. Seely was solid the rest of the way amassing 30 saves on thirty-one shots.

The Hat Tricks surrendered a lone goal in the third en route to a 5-0 loss.