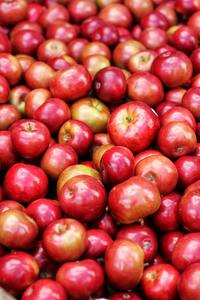 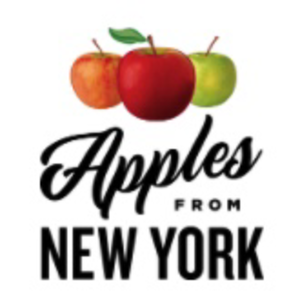 Take the Crunch Challenge this year as part of the 8th annual Big Apple Crunch, which inspires folks to buy a New York State apple during harvest to help support local agriculture and family farms.

New York State is the second leading producer of apples in the nation and this promotion is a great way to celebrate the locally grown apple harvest,” said New York Apple Association President Cynthia Haskins. “It is important for consumers to know that a significant industry is right in their own backyard and that New York has a reputation for producing some of the most flavorful apples in the world, thanks to our ideal geography, climate and soils and the 600 apple growers in the state who have a wealth of multigenerational knowledge and experience.

On Thursday, October 22, the New York Apple Association (NYAA) will support the FarmOn! Foundation’s annual “Big Apple Crunch” event. At precisely 2 p.m., New Yorkers across the state will crunch into a New York grown apple. Over the last several years, millions have participated in the event, which is also supported by the New York State Department of Agriculture and Markets. FarmOn! focuses on the importance of local agriculture and how it impacts not only healthy diets but the health of New York state’s economy as well.

“The #BigAppleCrunch in its 8th year inspires us to get involved in change and thank a farmer!” said Tessa Edick, founder of FarmOn! “Buy local apples during harvest and CRUNCH for BETTER HEALTH whether at home, in school, or at work.  The experiential promotion is fun and oh so flavorful for those ready to get their Crunch On.”

Anyone can participate in the Big Apple Crunch and the NYAA and Farm On! are encouraging people to share photos and videos of themselves and others biting into a New York apple. Share on social media using the hashtags #HowBig Is Your Bite, #BigAppleCrunch and #FarmOnBite.

State Agriculture Commissioner Richard A. Ball said, “The Big Apple Crunch is a fun way to recognize the contributions of New York agriculture and our farmers who produce our food.  New York’s apple industry is a vital part of our economy and our farmers grow the most varieties of apples than any other state.  I encourage everyone to pick their favorite and show their support of New York’s apple industry on October 22 by taking part in the Crunch Challenge.”

New York is home to over 150 You-Pick destinations where family and friends can pick their own apples. Visit Applesfromny.com to discover where the many You-Pick apple orchards

located in New York in addition to trying new recipes and learning about the many different New York apple varieties.  Also look for New York apples at your favorite grocery retailer or farmers’ market.

FarmOn! Foundation, a 501c3, began in 2011 to raise awareness of the many barriers facing agriculture’s youth today. In 2014, the 220-acre Empire Farm located in Copake, NY was generously gifted to the Foundation, allowing for the development of hands-on programs that, for example, provide youth with the opportunity for hands of learning in agricultural careers and includes managing the financial and logistical responsibilities that come with conducting any small business.

FarmOn! extends youth engagement far beyond the field through various initiatives such as their Milk Money school lunch program that works with Hudson Valley Fresh farms to provide product “cow-to-kid” in 36 hours and the statewide annual Big Apple Crunch Event October 22th to incentivize the purchase of local apples and connect commerce with community with the Big Apple Crunch Challenge. FarmOn.org