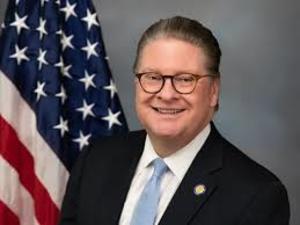 Sesame Workshop announced recently that it would begin to feature a young Muppet character on "Sesame Street" named Karli, who has been placed in foster care while her mother is recovering from a drug addiction. The initiative is part of the "Sesame Street in the Communities" program, and also includes videos and other online resources developed for young children and families impacted by substance abuse disorders.

"Thankfully, children and families in New York and across our entire nation facing the complex and daunting issues related to substance abuse disorders will be able to turn to their familiar and trusted friends on 'Sesame Street' for additional support and understanding, both much needed in this regard," said Harckham, chair of the State Senate's Committee on Alcoholism and Substance Abuse.

"In acknowledging the prevalence and severity of the addiction crisis in our country and its damaging effects on our children, the leadership and production teams at Sesame Workshop have shown a courageous and caring commitment to presenting a subject too often ignored in television programming,” Harckham added. “I'm sure Karli's story will lead to some honest conversations between adults and children while also showing many children that they are not alone because other families are dealing with substance abuse disorders, too."

Sesame Workshop noted that introducing Karli to its television audience came about after data showed that 5.7 million children under the age of 11--one out of eight children nationwide--now live in a household in which a parent or guardian has a substance abuse disorder.

As co-chair of the Joint Senate Task Force on Opioids, Addiction & Overdose Prevention, Harckham has convened roundtables and hearings around the state, including one at the Putnam County Training and Operations Center in Carmel earlier this month, to review the state's response to the substance abuse disorders crisis.

This past year the New York State Senate passed legislation that expanded the number of days for in-patient substance abuse treatment before insurance companies reviews are enacted; mandated that Medication Assisted Treatment (MAT) be covered by all insurance plans; and reduced the number of co-pays a patient could be charged to a single co-pay, a big financial help to those needing substance abuse treatment.