BYRNE AND LOCAL OFFICIAL COMMENTS ON NYSEG SETTLEMENT WITH STATE 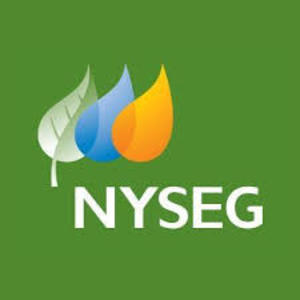 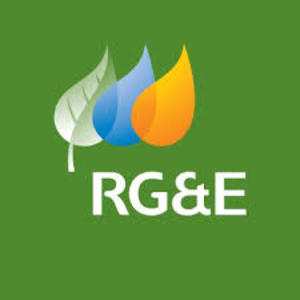 More than a year and a half after two consecutive winter storms battered the region and left thousands without power for up to a week or longer, the executive branch has announced a $10.5 million settlement -- the largest ever for failure to follow a utility’s emergency response plan.

According to a release provided by the Governor’s office concerning the settlement, NYSEG acknowledged and admitted to 18 violations of its state-approved emergency response plans, and RG&E acknowledged and admitted to three violations. Company shareholders will pay $10.5 million to compensate customers: $9 million from NYSEG and $1.5 million from RG&E. The money will be used to provide customer benefits at the direction of the Public Service Commission.

“Nearly two years have passed since many of our neighbors were forced to live over a week without power.  While we were fortunate many good Samaritans and benevolent businesses stepped up to volunteer and help our community, one thing is for certain - the management at these utility companies were utterly unprepared” said Assemblyman Kevin Byrne.  “It is fitting that NYSEG shareholders will now pay the largest settlement in New York State history for failing to follow its own emergency response plan.”

In the immediate aftermath of March 2018 Winter Storms Riley and Quinn, Assemblyman Byrne joined colleagues from various levels of government across the region demanding additional investigation and action in order to strengthen our region’s storm response and address various failings from utilities.

Following the storms, Assemblyman Byrne participated in a number of public hearings and forums to investigate the utilities’ slow response times. This included attending both New York State Senate and Assembly Public Hearings that reviewed the region’s storm response, providing personal testimony at the Department of Public Service’s (DPS) Public Statement Hearing in Carmel, and hosting a forum with then state Senator Terrence Murphy and utility representatives to provide ratepayers an opportunity to question the utilities directly about their lackluster service.

Additionally, Byrne served as a member of United Westchester’s Executive Committee. This bipartisan coalition, led by co-chairs Assemblyman David Buchwald and Westchester County Executive George Latimer, assembled to find solutions to better respond to crippling storms in the future. United Westchester presented a report with specific recommendations which the DPS cited multiple times in its own investigative report.

Putnam County ratepayers were hit extremely hard throughout the duration of these two storms.

“While we are glad that customers will be compensated, we hope that NYSEG has made the changes necessary to prevent future outages,” Putnam County Executive MaryEllen Odell said. “This is a public utility and, as we have noted many times, our residents need to know that they can depend upon dedicated line crews to cut, clear and open the roads to reduce the stress on our volunteer first responders, police and fire departments.”

Then serving as Chief of Staff to state Senator Terrence Murphy, Yorktown Supervisor-Elect Matt Slater attended multiple forums regarding the utility companies inadequate storm response. “Yorktown was the epicenter of disaster during Winter Storms Quinn and Riley," said Slater. "Utility companies failed to properly communicate to customers and government officials . Considering our energy rates are the second highest in the nation, and rising, more must be done to hold the utility companies accountable to ratepayers. We should be getting more for what we pay, starting with adequate storm response.”

According to the Governor’s website, the companies will also do the following:

A copy of the United Westchester report is accessible HERE