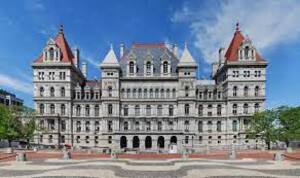 As Governor Cuomo prepares to step down without having issued a formal resignation letter, uncertainty remains around the Assembly's impeachment investigation and report and clarity is needed around the Legislature's response to the Attorney General's investigation of Governor Cuomo. In response, Common Cause/NY, Citizens Union, Reinvent Albany, NYPIRG, and League of Women Voters of NY - all 5 New York State good government groups - issued the following statement today directed at the New York State legislature:

It is past time for transparency and certainty regarding the future governance of our state. Press statements are no substitute for official executive action. The current leadership crisis in our state requires a thoughtful response by the Legislature. The public must be assured that a thorough examination of past conduct by elected officials will lead to laws which will prevent future abuses of power by elected and appointed officials.

In order to restore the public's faith in state government, the following steps must be taken by both houses of the legislature.

1. Governor Cuomo must provide a formal letter of resignation confirming a timetable for the transfer of power. New Yorkers should not have to wonder whether he will delay his resignation until the date his retirement becomes official.

2. The Assembly Speaker's statement that the Assembly will release a report detailing the results of its investigation into allegations of abuse of power is an important step in the right direction. The Assembly Judiciary Committee should conduct its review publicly and without delay. The promised report should be released in a matter of weeks, not months.

3. The legislature should receive evidence uncovered by the Attorney General and the Assembly's investigations. Public hearings should begin to examine the evidence and identify areas for statutory change, including

a. Changes to campaign finance law

b. Tightening enforcement of the Public Officers law

c. Reimposition of Comptroller oversight of state contracts entered into by the executive