Byrne: A Look to a New Year with a New Governor 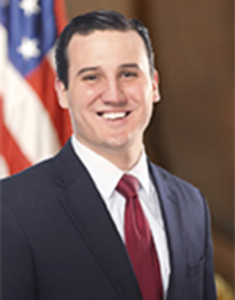 Byrne: A Look to a New Year with a New Governor

When it became clear Lt. Gov. Hochul would be succeeding disgraced former Gov. Cuomo, I offered to work with her in good faith. I am disappointed to say that while her initial statements about restoring transparency, accountability and ethics to the executive chamber were encouraging, to date her actions have failed to meet the expectations she has set.

While her State of the State address hit on some popular points, it fell flat by including many of the repeated promises her previous boss made and lacked solutions to some of the most serious problems we face as a state.

Here are just a few key takeaways that I had: I am pleased to share that I do support Gov. Hochul’s newly discovered commitment to term limits for the executive office. That said, it should be noted that former Gov. Cuomo also supposedly supported this in the past and it went nowhere. I sincerely hope this time it is different.

It was also nice to hear Gov. Hochul express her support of a prohibition on outside income for state-wide public officers. This is a position I have held for quite some time and doubled down on after Cuomo made a self-serving book deal worth over $5 million and reportedly misused state resources during the pandemic to write it.

Sen. George Borrello and I have a bill (A7107/ S5601A) which would prohibit this type of outside income for statewide office holders. Our new governor should further separate herself from her predecessor and fully embrace our proposal with her newfound position. Simply put, these office holders know it is a full-time position when they take the job. They should put in full-time hours, be compensated fairly and not be tempted with inappropriate outside earnings.  There are numerous examples why this shouldn’t be permitted, and Andrew Cuomo’s failed COVID book is just the most recent example.

In addition, I was encouraged that Gov. Hochul noted a desire to move up middle-class tax cuts, but I was disappointed she made no mention of the challenges caused by our nation’s inflation or last year’s state tax increases. Our state and many county governments are currently reaping record sales tax revenues due to inflation and online sales. County governments are bringing in even more tax moneys due to the exorbitant cost of gasoline. As a matter of policy, I do prefer consumption-based taxation over more punitive income-based taxes, but that doesn’t mean we should exploit peoples’ financial hardships with higher costs of goods and services due to sky-high inflation. We should be working to put that money back in the pockets of everyday taxpayers, not profiting from it more with this regressive tax.

Lastly, the governor failed to mention any plans to address the state’s continued failure of “bail reform,” her administration’s vaccine mandates which caused thousands of health care workers to lose their jobs, or any work to restore trust in families, parental rights and individual freedom.  Sadly, she seemed more focused on more taxpayer-funded giveaways to prison-inmates.

To conclude, this is just the beginning of 2022. As always, I remain able and willing to work with our new governor in good faith. Our legislative session is only just starting, and we have many challenges that lie ahead. Let’s get to work.

Assemblyman Byrne represents NY’s 94th Assembly District, which includes portions of Putnam and Westchester counties. Byrne is the ranking minority member of the Assembly Committee on Health, and serves as chair of the Assembly Minority Program Committee.