DRIVE THE OTHER WAY: WESTCHESTER COUNTY & MICHAEL NOLAN FOUNDATION TEAM UP TO RAISE AWARENESS OF DANGERS OF DRAG RACING CULTURE WITH PSA 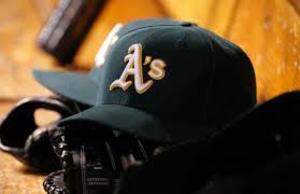 Westchester County is teaming up with James Nolan, President of the Michael Nolan Foundation, to raise awareness of the dangers of Drag Racing culture.

In September 2015, Michael Nolan, a 23 year old Oakland A's prospect and brother of James, was visiting his friends in his hometown of Yonkers, NY when he was fatally shot in a senseless drive-by shooting.

County Executive George Latimer said: “Michael Nolan was a bright, talented young man who had his life and future snatched away from him and all who loved him. Drag racing, and the behaviors associated with it, create a toxic situation for those involved. I commend Jimmy Nolan and his family for the dedicated work they have put in to raise awareness and save lives. We are proud to partner with them.”

Since his brother’s tragic passing, James Nolan has made it his mission to make sure Michael’s death results in positive change. One area where he has been successful is through the creation, passage and implementation of a Drag Racing Forfeiture law in the City of Yonkers.  This law gives the right to confiscate vehicles from those involved in illegal drag racing and sell them at auction. In addition to this, potential fines and up to a two-week jail sentence could be levied against someone who is in violation of this law.

James is working hard to see this law passed by other municipalities in Westchester and around New York State.

Nolan said: “I would like to thank County Executive George Latimer and Westchester County for working with us to help make The Michael Nolan Law happen to keep our cities and residents safe. Nobody should ever have to worry about coming home at night or their loved ones not making it home because of these acts. My brother Michael was an amazing person who I miss tremendously. He was robbed of so much because of these acts but they will not rob him of his legacy – and this fight is a part of his legacy - I will make sure of it. My brother loved the community and loved helping others and I will continue that for him by doing what’s right to protect others.”

Westchester County Legislator David Tubiolo said: “I thank James for his dedication and commitment for making our community a better place to live. County Executive Latimer and I will continue to help spread the word about the dangers of Drag Racing. There should never have been and never be any senseless acts of crime, especially with people’s lives.”

The Michael Nolan Foundation was created in memory of the innocent Oakland Athletics baseball player that was killed in a drive by shooting in 2015.