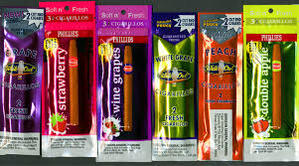 Outlawing the sale of flavored tobacco products for adults – such as cherry pipe tobacco and menthol cigarettes – would deepen New York State's budget hole, threaten the survival of thousands of mom-and-pop retailers, and place the jobs of frontline workers at these businesses at risk.

That's the conclusion of an economic study performed by Regional Economic Models Inc. (REMI) for the New York Association of Convenience Stores (NYACS). REMI estimated the proposed action would cost the state $3.4 billion in tax revenue over the next decade, cost shop owners nearly $500 million annually in lost sales, and eliminate 1,200 jobs in retail and related industries.

"As convenience stores struggle to keep the doors open to serve local communities, some elected officials want to further impair the economic viability of these essential small businesses," said Jim Calvin, NYACS President. "Especially when such a ban would slash tax revenue by hundreds of millions of dollars a year, cause job losses, and intensify an already nation-leading illegal tobacco trade."

"Here in New York, cigarette smoking is at a record low, the purchase age has been elevated to 21, and six new restrictions on tobacco retailing were enacted within the past seven months," Calvin pointed out. "Given these trends, taking a more drastic action with harmful fiscal and economic consequences is unwarranted."

Francisco Marte, Secretary Treasurer of the Bodega and Small Business Association, said: "Our stores have already lost more than half of our adult cigarette business to bootleggers who don't collect taxes or verify age. Banning menthol flavor would just drive more of our customers into their waiting arms, hurting small businesses, slashing tax revenue, and making cigarettes more accessible to kids."

Wayne Bombardiere, Executive Director of the New York Association of Service Station and Repair Shops, said: "We represent a great number of independent convenience store operators from all areas of New York State. Our members have been inundated by abhorrent tobacco tax rates on all products – flavored or not – for years. To further restrict the ability to offer for sale a legal product to verified adults would be another nail in the proverbial coffin for these small businesses. We strongly oppose any additional debilitating legislation pertaining to tobacco retail sales."

Max Bookman, Counsel to the New York City Newsstand Operators Association said: "Sidewalk newsstand operators have a front row seat to the illicit market that has developed in the streets after years of restrictive tobacco and electronic cigarette regulation in New York City. These restrictions hurt already-struggling small businesses, while shifting sales to unregulated dealers who do not check IDs, collect sales tax, or care about selling counterfeit products. Whether it's tobacco, alcohol, or food, adults have the right to make their own choices."