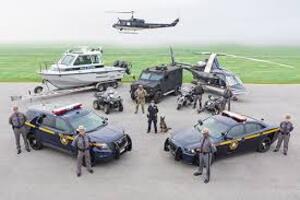 Troopers arrested 183 people for DWI and investigated 1,041 crashes, including one fatal crash.

As part of the enforcement, Troopers also targeted speeding and aggressive drivers across the state. Below is a sampling of the total tickets that were issued.

The results of the campaign broken down by Troop: