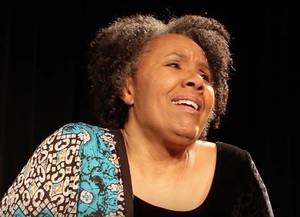 Kimberly Wilson will perform “A JOURNEY” Musical One-Woman Show in honor of Black History Month at the Norwalk Historical Society’s Mill Hill Historic Park Townhouse. Performance at 4:00 p.m. on Saturday, February 29, 2020. A talk back with the audience and a wine and cheese reception to follow the performance. Tickets: $15 before 2/23, $20 after 2/23 and at the door.

Tickets at www.norwalkhistoricalsociety.org/events or call 203-846-0525 or at the door.

"A JOURNEY” Musical One-Woman Show written and performed by Kimberly Wilson brings to life seven historical African-American women, including Harriet Tubman, Sojourner Truth, Rosa Parks and Maya Angelou. Through singing and character transformations, this performance takes the audience to a special place with educational and timely messages of perseverance, faith, hope, courage and love. Ms. Wilson skillfully tells of the struggles and influence of Black womanhood with strength, dignity and pride and in perfect lockstep with the history of the United States. After each performance, audiences participate in a talk-back which extends the wealth of this theatrical experience.

Mill Hill Historic Park Townhouse is located at 2 East Wall Street Norwalk, CT. Handicapped and Limited Mobility parking on site. Additional parking across the street, follow signs.  If there is inclement weather, the performance will be rescheduled for Sunday, March 1, 2020 at 4:00 p.m.

About Kimberly Wilson
Originally from Minneapolis, MN, Kimberly Wilson first pursued theater while in high school, studying and performing at the Minneapolis Children’s Theatre and in local community and professional theaters. Kimberly was a founding acting company member of Mixed Blood Theater in Minneapolis.  After graduating from Breck School, Kimberly attended Howard University in Washington, D.C. majoring in Theatre and the Fine Arts. In 1999, Kimberly produced and co-starred with her sister Peggy Jorgensen of Redding, CT in the comedy play “A COUPLA WHITE CHICKS SITTIN’ AROUND TALKIN”, its first production with an all-Black cast. Now a resident of Westport, Connecticut, Kimberly has written her own one-woman shows, “THE SPIRIT OF BLACK WOMANHOOD” and “A JOURNEY” Musical One-Woman Show. Over the past 18 years, she has performed these shows for Black History programs in Connecticut and around the country.