Maritime Aquarium's IMAX Theater Finale Continues with Movies About Sharks, Whales, and Dolphins, Plus Two Screenings of The Polar Express 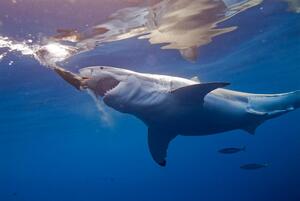 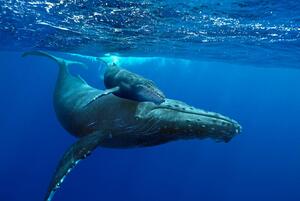 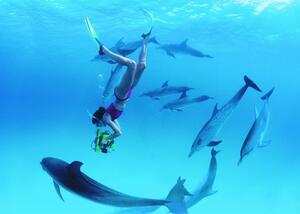 The Maritime Aquarium at Norwalk’s IMAX Theater finale continues this week with movies focused on whales, dolphins and sharks, plus two more screenings of the holiday film “The Polar Express.”

The Maritime Aquarium’s giant-screen theater is slated for demolition in 2021 to make way for a federal railroad bridge replacement project. But to send the theater out in glory, the Aquarium is using the theater’s final seven weeks to present as many as 22 fan-favorite movies from the past three decades. Special COVID protocols include reduced theater capacity and enhanced cleanings between shows.

Now through Martin Luther King Jr. weekend 2021, IMAX movies are playing Thursdays through Sundays. The exception is the week between Christmas and New Year’s Day when movies will play daily. Single tickets are available, as well as a multi-film pass.

Come face-to-face with great whites, hammerheads, whale sharks and more in this dazzling film presented by Jean-Michel Cousteau. “Sharks” offers an unflinching look at the oceans’ ultimate predator, with an emphasis on why shark populations are dropping. But it’s presented in a way that’s perfect for even the youngest viewers. (A sea turtle with a British accent narrates.)

Swim, dive, leap and sing among some of the largest animals on Earth – life-sized on the six-story screen. Join a team of researchers as they seek out what makes humpbacks the most acrobatic of all whales, why only the males sing, and why these intelligent 50-foot, 48-ton animals migrate more than 6,000 miles every year. Narrated by actor Ewan McGregor.

Follow marine biologists, including Connecticut native Dr. Kathleen Dudzinski, as they research the communications and behaviors of everyone’s favorite marine mammals in this Academy Award-nominated film. Narrated by Pierce Brosnan, with music by Sting.

“Great White Shark” unravels the mystery of the creature we love to fear in telling the true story of its role atop the oceanic food chain. The 40-minute film takes viewers around the world to great-white hotspots and examines what we know about these incredible animals through the eyes of several people whose lives and work have become inextricably linked to the great white.

Go on a breathtaking IMAX adventure to the lush tropical islands of West Papua, an exotic locale that features the most diverse marine ecosystem on Earth. Join a young island boy as he leads a journey of discovery to this magical place where we encounter whale sharks, sea turtles, manta rays and more. Narrated by Academy Award-winner Cate Blanchett.

Based on the Caldecott Award-winning book by Chris Van Allsburg, “The Polar Express” follows a young boy who doubts the existence of Santa Claus. On Christmas Eve, a magical locomotive arrives to take him and other doubting children to on a magical trip to the North Pole. The animated film features Tom Hanks lending his voice to several main roles.

Except for “The Polar Express,” IMAX movie tickets are $5 per person.

With Connecticut operating in Phase 2 COVID-19 restrictions, the Aquarium is reducing the IMAX Theater’s capacity from 310 to 80, with seating in every other row and space between ticketed groups. Additional time is being added between shows to allow for enhanced cleaning of the theater. Because theater capacity is reduced and limited, purchasing tickets in advance online is strongly recommended.

Or film fans can purchase an IMAX Finale Pass, good for as many movies as they want, for $25 per person, or $20 for Aquarium members. Please note that pass-holders must reserve tickets for specific shows in person; advance reservations are not available to pass-holders and seats are not guaranteed.

As the IMAX Theater plays through its final days, The Maritime Aquarium is working to open a new 4D Theater in late January at the opposite end of the facility.