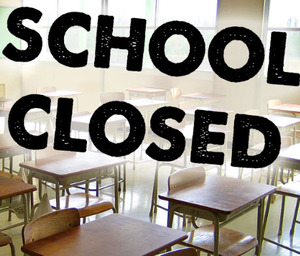 Governor Ned Lamont today announced that due to the ongoing COVID-19 pandemic, he is ordering in-person classes at all K-12 public school facilities in Connecticut to remain canceled for the rest of the 2019-2020 academic year and continue providing distance learning during this period. Schools will also be required to continue providing meals to children under the school lunch and breakfast programs for consumption at home, as they have been throughout this emergency.

The governor is consulting with state and local education officials regarding whether summer school programming should commence as scheduled. He anticipates having guidance on that matter toward the end of this month.

“I know how important it is for so many students and teachers to finish out the school year, and I was holding out hope – particularly for high school seniors – that we’d at least be able to complete the final few weeks, but given the current circumstances and to protect everyone’s safety, it has become clear that it’s just not possible,” Governor Lamont said. “I want to thank the many educators across our state who have stepped up to provide remote learning during this time, as well as the many staff members who’ve been putting thousands of meals together for students each and every day.”

During the initial outbreak, Governor Lamont signed an executive order directing in-person classes at all K-12 public school facilities to be canceled effective March 17. That order was initially set to expire on March 31 but then was extended twice, most recently to May 20.

Upon the cancellation, the Connecticut State Department of Education immediately began working with every school district in the state to assess distance learning needs. A state team was formed to support districts that indicated having high or moderate needs in the area of distance learning. These teams have been in frequent communication with district leaders to offer and provide support and technical assistance. The state continues to provide vetted resources, guidance, and answers to questions on issues such as the Family Educational Rights and Privacy Act, attendance, grading, special education, and social emotional learning.

“The difficult decision to cancel classes for the remainder of the year is based on the health and safety of our students, their families, and our Connecticut communities,” Education Commissioner Miguel Cardona said. “While technology and remote learning will never replace the experience of our students in their school community, we are committed to constantly improving access to high-quality materials and connectivity for our students. Districts are working hard to find creative ways to celebrate the success of our seniors, as well as students who are transitioning from fifth and eighth grade. With the Reopen Connecticut Education Team, we are committed to preparing re-opening plans for summer school, as well as fall classes. While we do this, we also thank our dedicated educators today for their service to their students’ academic and social emotional needs.”

Governor Lamont will soon sign an executive order regarding today’s announcement. It will be publicly noticed and published on the governor’s website shortly after he signs it.

The State Department of Education and the Governor’s Learn from Home Task Force have been continuing to coordinate the distribution of remote learning resources that have been donated to Connecticut, including 60,000 Dell laptops from the Partnership for Connecticut, and more than 185,000 high-quality Scholastic book packs for prekindergarten to eighth grade students from the Nooyi family. Due to global supply chain shortages during the pandemic, the laptops and book packs are arriving to Connecticut in staggered waves.

The task force has implemented a tiered shipment plan for the laptops in three rounds of delivery using a formula-based approach prioritizing equity, student need, and safe distribution. The first round of nearly 17,000 laptops, targeted for delivery around May 25, will be delivered to 19 districts where fewer than 60 percent of students have one-to-one device access at the school level. The staggered shipment plans are focused on connecting students who have been identified as in greatest need as soon as possible. Initial eligibility for the donated laptops was limited to high schools across the state’s Alliance District program. Once the needs were identified for those schools, eligibility expanded to include high schools beyond Alliance Districts where more than 40 percent of students quality for free or reduced-price meals.

The majority of the Scholastic book packs are expected to begin arriving from the manufacturer this week. Last week, the first shipments of 340 book packs arrived in Bridgeport schools, and 119 arrived at Bristol’s Early Childhood Center. Additional shipments to sites in Hartford and Norwalk are expected today and will continue over the next several days.