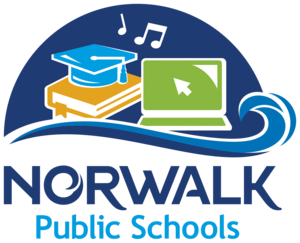 The City of Norwalk and Norwalk Board of Education have reached a compromise budget proposal that will allow the Board of Ed to continue implementing its Strategic Operating Plan, while reducing the scope of cuts to existing services. The agreement was announced jointly by Mayor Harry Rilling, Common Council Chair John Kydes, Board of Estimate & Taxation (BET) Chairman Ed Camacho, and Board of Ed Chairman Mike Barbis.

“We are pleased that we have been able to reach a solution that appropriately balances the long term fiscal health of the City, the need to continue investing in and improving Norwalk Public Schools, and the burden on taxpayers,” said Mayor Rilling and Board of Ed Chairman Barbis in a joint statement.

Terms of the proposed agreement are that the City will draw $950,000 from its unallocated fund balance, known as the Rainy Day Fund, to supplement the $5.5 million budget increase previously approved by the Common Council on February 27th and BET on April 2nd.  In addition, the Board of Ed will fully draw down its insurance reserve fund, less previously encumbered liabilities, for a total drawdown of approximately $1.1 million.

The proposal will be brought before the BET during a special meeting on Tuesday, April 10 at 6:30 p.m., and will be entertained by the Common Council at their regularly scheduled meeting that evening. Any increase in the budget cap set on February 27 will require a super majority vote of the Council.

The proposed compromise budget is in addition to the $1.2 million the City will draw from the Rainy Day Fund for the third and final year of the Special Education Development Fund.

“While I acknowledge that Norwalk Public Schools have been chronically underfunded, I am proud to have led the change to that cycle.  Since taking office, I have increased the BOE budget 18.2% compared to the prior administration’s 9.5%.” Said Mayor Rilling, “I will continue to support our schools and will work cooperatively with the BOE to achieve our common goals. The proposed compromise achieves the goal of continued emphasis on funding education while protecting the City’s favorable bond rating and the burden on taxpayers.”

"As a Councilman and parent who has supported major BOE budget increases every year that I’ve been in office, including this year,  I want to assure all of you that the city is still committed to moving our schools forward to levels Norwalk has never seen." Said Council President John Kydes.

“The investment that Norwalk is making in its schools is paying off, as proven by the growth our schools and students have made on the State Accountability index,” said Barbis. “The initiatives underway as part of our Strategic Operating Plan have already led to significant progress at all levels, and it’s essential that we’re able to maintain momentum. A strong school system benefits the entire community.”

Rilling and Barbis acknowledged the tension surrounding budget talks this year.  “We have agreed to take steps to improve communication about budgeting to avoid this type of debate in the future,” stated Rilling and Barbis. To accomplish this, the City and Board of Education have agreed to form an Ad-Hoc Committee on School Funding to study the historic underfunding of Norwalk schools and long-term education financing in Norwalk. The Committee will work together ahead of next year’s budget season to better align goals, expectations and communication regarding school financing in Norwalk.