Mayor Rilling Announces City of Norwalk's Sale of $30M in Bonds to Finance Capital Projects at a Rate of 2.799% 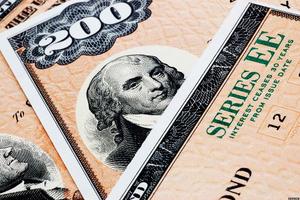 The competitive sale was conducted electronically with bids being received via the PARITY online bidding service. The True Interest Cost (TIC) for the winning bidder was 2.799428% submitted by Mesirow Financial, Inc. The city received a total of eight bids, with TICs ranging from 2.799428% to 2.880002%. As a point of reference, two other Connecticut municipalities and the state of North Carolina issued general obligation bonds today and had TICs higher than what Norwalk achieved, specifically: 2.95% for a $7.0 million issue for Orange, CT; 3.11% for a $10.0 million issue for Portland, CT; and 2.86% for a $400.0 million issue for the state of North Carolina.

Norwalk’s debt remains highly attractive to municipal bond investors due to Norwalk’s superior bond rating and strong reputation in the market. The three major credit rating agencies all reaffirmed their “triple A” bond ratings of Norwalk earlier this month in advance of today’s sale. The city estimates that selling these bonds with a “triple A” rating rather than a “double A” rating will generate interest savings of approximately $612,000 to Norwalk taxpayers over the life of the issue.