City of Norwalk Sells $50 Million in Bonds at 2.59% Interest Rate 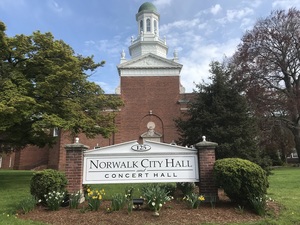 Norwalk Mayor Harry W. Rilling announced on July 23 the results of a $50 million general obligation bond sale. A total of 11 competitive bids were submitted, with the winning bid awarded to financial services firm Raymond James at a 2.59% interest rate for the 30-year bonds. The sale will finance an estimated $45 million in school projects and $5 million in City capital projects.

In advance of Tuesday’s bond sale, the City received confirmation that the three major rating agencies, Fitch Ratings, Moody’s Investors Service, and S&P Global Ratings, each reaffirmed Norwalk’s “Triple A” bond rating and strong financial standing. The Aaa rating from Moody’s and the AAA ratings from S&P and Fitch represent the highest ratings awarded by each of these agencies.

“Once again, the nation’s most prestigious credit agencies confirmed what we know: Norwalk budgets judiciously, saves prudently, and plans wisely. That is a credit to the exceptional and knowledgeable team of professionals we have brought together at City Hall,” said Mayor Rilling. “These superior credit ratings demonstrate our commitment to strong financial planning and budgeting. We are investing in the future with important projects, all while being able to save taxpayer dollars. This is great news for Norwalk.”

The rating reports issued by the credit rating agencies present a thorough, objective, and independent analysis of the City’s financial operations and credit strength.

S&P states: “The rating is supported by the city's very strong economy, with a growing and wealthy tax base and access to the Bridgeport-Stamford-Norwalk and New York City metropolitan statistical areas (MSAs). In addition, we believe the city's consistently positive financial operations over the past several years and improved reserve position, backed by very strong management conditions and manageable retirement costs and liabilities, provide additional rating stability.”

Moody’s states: “Norwalk, CT (Aaa stable) benefits from a large tax base with strong growth trends and above average income and wealth indices. The city's financial position is sound and will remain so given conservative budgeting practices, proactive management of long-term liabilities and formal policies.”