Lamont and Connecticut Department of Education Announce Students To Decide How More Than $1.5 Million in Federal Relief Funds Are Invested 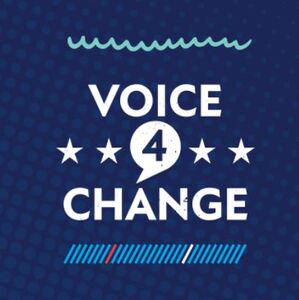 A total of 43 districts encompassing 77 high schools across Connecticut have opted-in to participate, representing more than 55,000 students.

The governor explained that the goal for the initiative is to increase student engagement while fulfilling the Connecticut State Board of Education’s vision of ensuring students thrive in a global economy and civic life by challenging students to think critically and solve real-world problems. A first-in-the-nation statewide student civic engagement initiative, Voice4Change is empowering high school students to propose and vote on how more than $1.5 million of the ARP ESSER state set-aside will be invested to reimagine schools across Connecticut.

Students from the participating schools will submit proposals to the Connecticut State Department of Education outlining how they propose to spend $20,000 in their school, aligned with the department’s ARP ESSER priorities. Proposals deemed eligible to receive ARP ESSER funds will ultimately be voted on by their high school peers on March 11, 2022, one year after the historic American Rescue Plan Act was passed. The Connecticut State Department of Education, students, and the school district will then work together to carry out the winning proposals in each school. Also reserved are five Commissioner Choice awards, which will be given to fulfill five innovative student proposals across the state that are not victorious in their elections.

Information on the initiative will soon be made available on the Connecticut State Department of Education’s Voice4Change webpage at ct.gov/voice4change. The student application period will launch near the end of November and close in early January. Any questions regarding Voice4Change can be sent to  This email address is being protected from spambots. You need JavaScript enabled to view it. .