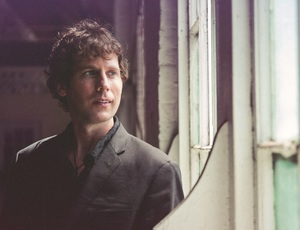 Offering melodic and lyrically-driven Americana songs, singer Jesse Terry of Stonington, Connecticut will be the performer and musical storyteller at the non-denominational non-profit Acts 4 Ministry fundraiser on Thursday, March 7 at 7:00 PM.

“An Intimate Evening With Jesse Terry” will feature his original folk songs and music as well as some very special cover songs. The fundraiser will be held at Acts 4 Ministry’s retail store and offices at 1713 Thomaston Avenue in Waterbury and will accommodate 50 seated attendees.

Jesse Terry is described as a powerful, melodic singer/songwriter with an uncanny ability to weave tales of travel and homecoming, sorrow and redemption into songs that are simultaneously both timeless and fresh. His music is identified as a reflection of an amalgam of influences from Nashville to Laurel Canyon.

Terry has performed multiple times at the legendary Philadelphia Folk Festival created by the Philadelphia Folksong Society with headliners who included Lyle Lovett, Arlo Guthrie, and North Mississippi All Stars, and performed in the Open Spotlight concert series across Philadelphia.

In February 2015, Terry’s co-written song with his friend and producer Neilson Hubbard, “Stay Here With Me”, was played during a romantic restaurant scene on ABC-TV’s “Forever” starring Judd Hirsch and Ioan Gruffudd.

Also in 2015, Terry appeared at the Bonnaroo Music & Arts Festival in Manchester, Tennessee where he shared the stage with performers who included Gregory Alan Isakov and Guster. Bonnaroo also featured Terry on their NoiseTrade Mixtape along with artists who included Brandi Carlile and Benjamin Booker.

In 2007, Jesse Terry was the notable Grand Prize Winner of The John Lennon Songwriting Contest for his co-written song with Dan Murph, “What You’ve Been Missing”. Terry also placed two of his original songs in the Top 20 at The CMT/NSAI Song Contest created by the Nashville Songwriters Association International.

Terry has garnered worldwide acclaim including the elite honor of performing for U.S. and NATO troops stationed at Thule Air Base in Greenland, and he received an official endorsement by Stonebridge Guitars International.

The buzz over Jesse Terry continues to build, with tours bringing him coast to U.S. coast and across oceans to the UK, Italy, the Netherlands, and New Zealand. His music has appeared in CW's Hart of Dixie and PBS's Roadtrip Nation.

It has been said that “A gentle warmth runs through Terry’s voice, and his lyrics, while grounded in wisdom acquired through years on the road, offering up hope for a kinder tomorrow.” Person by person, state by state, country by country, Jesse Terry’s fans, supporters, and colleagues have grown exponentially in the past several years.

Acts 4 Ministry is a collaborative group of a volunteer board of directors, staff members and dozens of volunteers who desire to share God’s love by meeting the comforting physical needs of others. “We plan for this goal daily,” explained Acts 4 Ministry Board Member Bruce Martin, “by working with the community to collect and redistribute resources to people in need.  This is just one of the many ways we keep our program exciting to support.”

To donate online with a credit card, visit www.acts4.org and go to “Click to Give” in the top right corner of the homepage.