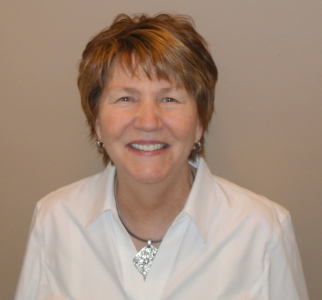 Maureen Pennington, senior vice president, senior treasury sales officer with Bank of America’s Global Commercial Bank has been named chairwoman of the 2015 Business Women’s Forum's (BWF). Pennington is overseeing the coordination of Connecticut’s largest and longest-running full-day annual conference for women which will be held Friday, October 23, 2015. The 2015 BWF (www.2015bwf.com) is anticipated to attract over 700 business people from throughout New England, and will be held at the Aqua Turf Club in Plantsville, Connecticut from 8:00 a.m. to 4:00 p.m.

This 33rd annual BWF will feature a luncheon keynote address by Ivanka Trump, executive vice president of Development & Acquisitions for the Trump Organization. In addition to her work for the Trump Organization, Trump is known for her work on the NBC-TV’s “Celebrity Apprentice” and as creator of #WomenWhoWork. She is also author of “The Trump Card: Playing to Win in Work and Life”, and is actively involved in all aspects of real estate development for The Trump Organization. Attendees at the October 23 BWF luncheon will also hear from motivational speaker Juliet Funt, owner and founder of WhiteSpace® at Work. In addition, the event will feature a full day of networking, workshops, breakfast, lunch and a closing reception.

Pennington began her career in banking over 35 years ago with Colonial Bank which today, through several mergers and acquisitions, is Bank of America Merrill Lynch.  In her position as senior vice president, senior treasury sales officer with Bank of America’s Global Commercial Bank division, Pennington advises commercial clients of their treasury needs. She works closely with a small segment of business leaders to broker those relationships and make connections by creating partnerships and alliances to accomplish goals and directives. Pennington has earned a reputation for enthusiastically and consistently accomplishing determined ambitions and driving results through collaboration, partnerships, and relationships within the banking industry.

Well-known for being active in the Waterbury community, Pennington is also involved with fundraising for Sully’s Shamrocks Fighting Multiple Sclerosis, a charity she holds dear to her heart following the diagnosis of a family member. She is a past board member of the Children’s Community School where she was on the Executive Board holding various positions for over 15 years. Previous community volunteerism spans numerous organizations including Safe Haven of Greater Waterbury, the Waterbury Regional Chamber, United Way, and The Waterbury Exchange Club.

Born and raised in Waterbury, Pennington moved to Plymouth in 1979 with her husband John. She is the proud mother of two happily married children and recently became a grandmother to her first granddaughter.

Celebrating 33 years of notable success, the BWF is a program of the Greater Waterbury Chamber of Commerce Foundation in Waterbury. The thriving organization is led by female executives dedicated to the professional and personal growth of working women. The mission of the non-profit Business Women’s Forum’s has been to raise funds for scholarships for female Post University students to pursuing degrees in business. “The BWF’s continual commitment has been to the equality of opportunity and advancement for women in business,” explained Pennington. “During the past 32 years, the BWF has generated in excess of $190,000 toward those scholarships.

Admission to the 2015 BWF on October 23 is $175/person and includes keynote presentations, six workshops, day-long networking, breakfast, lunch, and a high-energy closing reception with raffle and door prizes. To register, visit www.2015bwf.com, or call the Waterbury Regional Chamber at 203-757-0701.