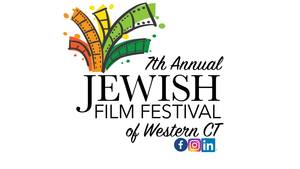 The Jewish Federation of Western Connecticut is pleased to announce the 7th Annual Jewish Film Festival will take place this September on the 8, 9, 15, 16, 22 and 23. Opening Night Reception will feature “The Wedding Plan”.  Join our Facebook Group to learn more about updates for this event here

The festival, a program of the Jewish Federation of Western Connecticut, was launched seven years ago and programming has featured Israeli films, Holocaust films, documentaries, comedies and more. The Festival has hosted a diverse number of speakers including directors, producers, Holocaust survivors, legislators, and news-makers to provide the richest experience for film-goers.

Jewish Federation of Western Connecticut's Executive Director, Jade Stoltz, notes that this festival will significantly expand upon past efforts and will include a wide variety of unique and stimulating films. Film Festival Director, Tom Carruthers, confirms that international films will be featured along with shorts and documentaries that will appeal to a broad audience.

The Festival prides its success on its solid foundation of cultural commitment to the community. JFFWCT aims to create greater cultural understanding, promote tolerance and understanding, and encourage artistic development and excellence by strengthening communities through the arts, and by provoking thought through film.

There will be an opening reception, interesting guest speakers, live entertainment and delicious snacks and concessions so be sure to visit the website at www.jffwct.com for film times and ticket information.

Volunteers are needed so check out www.jffwct.com for more information about how to get involved.