Details
Published on Thursday, 09 January 2020 15:58
Written by Town of Southbury 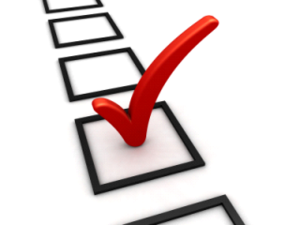 Mobile Telecom Coverage Survey
The Town of Southbury is undertaking a project to improve and upgrade mobile telecom coverage within its borders. To accomplish this, the Board of Selectmen has approved the formation of an ad hoc task force to study the problem, consult with the carriers involved, and recommend solutions.
Learn more and take the survey here.

Mobile phone users in town sometimes encounter connection problems that hinder the use of their devices. The town is aware of locales where some mobile devices will not provide a good connection due to weak signals. Sometimes signals are blocked by the hilly terrain or heavy tree cover. We are also mindful that at certain times when cell phone use is heavy, some carriers lack adequate bandwidth for all users to make a good connection. This lack of bandwidth is often the case for users near I-84 during the afternoon rush hour. The user may have evidence of a strong signal, but still, have a slow or no connection.

In response, the Town of Southbury is undertaking a project to improve and upgrade mobile telecom coverage within its borders. To accomplish this, the Board of Selectmen has approved the formation of an ad hoc task force consisting of Kevin Russ, Don Antilla, Joseph Ruggerio, and Selectman George Bertram to study the problem, consult with the carriers involved, and recommend solutions.

Currently, four independent mobile phone carriers operate in our area. AT&T and Verizon are the majors. Sprint and T-Mobile are the other providers. The use of four different carriers makes the signal strength and bandwidth issues more complicated, but our task force is confident that we can make progress.

Note that this initiative is not related to the implementation of 5G mobile technology. We are focused on improving our existing cell coverage, which is based on 4G technology.

This project will focus on finding smaller-scale solutions. We are not looking to install any additional massive cell towers, known in the industry as Macro Sites. We don't believe that more of these Macro Sites are required to fix the majority of our connection shortcomings. Instead, we will look toward smaller-scale solutions known in the industry as Small Cells or Micro Cells, that the carriers can and often will install at no cost to the town if we are willing to accept them. A key goal for this team is to fix as many trouble spots as possible, without spending significant town dollars.

This reporting will help our task force to identify and locate the trouble spots.

We are asking all town residents, and anyone else who relies on cell coverage in Southbury, to report suspected cell coverage problems on the Town of Southbury website at https://www.southbury-ct.org/mobilesurvey.