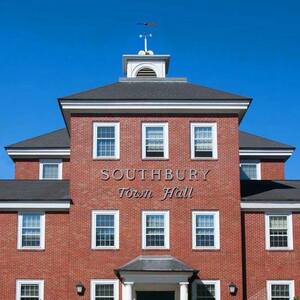 Tropical Storm Henri made landfall on Sunday, August 22, 2021 at approximately 12:30pm along the Connecticut and Rhode Island border as a Tropical Storm. The track of this storm varied during the days and hours leading up to landfall.

The Southbury Emergency Management team began planning and storm preparations during the week leading up to the storm. Typical preparations that far out included reviewing the Town’s Emergency Operations Plan, making contact with key town officials, public utilities, emergency services and site visits to known flood-prone areas to see if mitigation efforts could be accomplished prior to the storm.

Saturday morning was spent relocating and staging potable water stations, charging station supplies and cots in the event we needed to deploy. Staffing plans and response coordination were discussed with emergency services. There were multiple storm updates sent by the State of Connecticut and we participated in statewide and regional conference calls throughout the day. We were also working with our Eversource partners to establish possible staging areas for the line crews that were coming into the state.

Staffing levels based on the predicted path of the storm were established and put into place.

The Emergency Operations Center was partially activated on Sunday morning and an Eversource liaison was assigned to the Town of Southbury. The storm was monitored throughout the day and we continued to update emergency services and participate in state and regional conference calls and communication tests. The Pomperaug River was and continues to be monitored and the storm leaves our area. There was minimal flooding and very few power outages in town during the day on Sunday.

Even though the overall storm did not make a dramatic impact on our community, it gave us the opportunity to exercise our plan and coordinate with our State and Regional partners.