Connecticut Residents Compete in Summer Olympics - What You Need To Know! 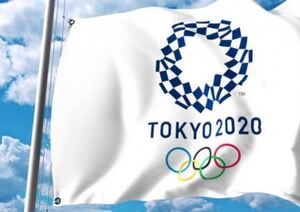 The Olympic journey, however, is already well underway for Ridgefield native, Kieran Smith, who has been in Japan for several days now preparing for his international career debut as a USA Olympian.

In June, Kieran qualified for both the 200 and 400 meter freestyle races – finishing in first place for both races.

Other Connecticut athletes include rowers Liam Corrigan and Austin Hack from Old Lyme who will be competing in the Men’s Eight rowing event. The two will compete together in Heat 1 of the event on July 24th at 12pm which is July 23rd at 11:00pm in EDT.

Additionally, Alyssa Naeher from Stratford will be competing for Team USA on the Women’s soccer team. Team USA began their Olympic journey this past Wednesday losing to Sweden 3-0. However, they are still in the “race” for gold and will be competing against New Zealand this Saturday, July 24th at 8:30pm – 7:30am in EDT.

Competing in the new Skateboarding events of the 2020 Olympics, Alexis Sablone from Old Saybrook will be partaking in the Women’s Skateboard Street event. This will be taking place in 4 preliminary Heats before the Final at 12:25pm on Monday, July 26th – Sunday, July 25th at 11:25pm EDT.

U.S. Paralympian and swimmer Matthew Torres from Ansonia, CT will be competing in Tokyo in the 100m Freestyle, 400m Freestyle, 100m Backstroke, and 200m IM events. The Paralympics will be taking place later next month.