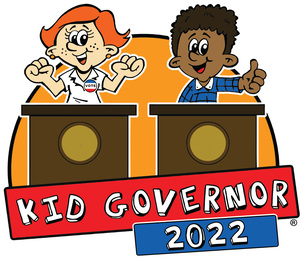 Nichole Pitruzzello has been named Connecticut’s Kid Governor® State Coordinator, and former coordinator Brian Cofrancesco has become Director of Kid Governor®, the national award-winning civics program created by The Connecticut Democracy Center at Connecticut’s Old State House. This free program teaches 5th-grade students about state government, voting, and the importance of civic engagement through an authentic election for their state’s Kid Governor. The program has expanded to include national affiliates in Georgia, New Hampshire, Oklahoma and Oregon.

Nichole Pitruzzello of Rocky Hill, CT, an experienced educator with credentials in curriculum, instruction and history, will focus on elevating the visibility of Connecticut’s Kid Governor®, increasing the number of schools participating across the state, prioritizing equity and outreach to underserved schools, and deepening student and teacher engagement. She will also guide, coach, and mentor 2022 Kid Governor Makhi Ettienne-Modeste and his Cabinet to the end of their term in January 2023. Ms. Pitruzzello’s background in team leadership and multicultural education positions her well to oversee this unique, hands-on program that launched in Connecticut in 2015 and is now expanding across the country.

“Connecticut's Kid Governor started as a small pilot, but its immediate success pushed it statewide and then beyond Connecticut,” said Sally Whipple, Executive Director of The Connecticut Democracy Center at Connecticut’s Old State House. “We believe that civic education and engagement rely on ‘face-to-face’ relationships, so we've built a program that thrives on our staff being able to support teachers and students through personal contact. Thanks to a major partnership grant from CT Humanities, we're able to deepen that service by adding Nichole to our team.”

Brian Cofrancesco, creator of the Kid Governor® program, will now focus on national expansion with the goal of launching affiliate programs in all fifty states and the U.S. Territories. Brian joined The Connecticut Democracy Center team in 2014 as Head of Education at Connecticut’s Old State House. He created the Kid Governor® program in 2015 to expand The Connecticut Democracy Center’s mission to provide people of all ages with the tools and opportunities for meaningful civic engagement. Mr. Cofrancesco’s vision and strategic program development have earned Kid Governor® national recognition from the National Association of Secretaries of State and the American Association for State and Local History, and state recognition with the CT Council for the Social Studies’ Service to the Social Studies Award.

Connecticut’s Kid Governor® is presented with major funding and partnership support from CT Humanities, as well as support from the Gawlicki Family Foundation and the Connecticut Council for the Social Studies. Learn more about the program at CT.KidGovernor.org.

The Connecticut Democracy Center (CTDC) provides people with a lifetime pathway to active citizenship and the tools to take civic action in their own communities. The CTDC seeks to inspire people of all ages to engage in civic life and strengthen their communities. Learn more at ctdemocracycenter.org.