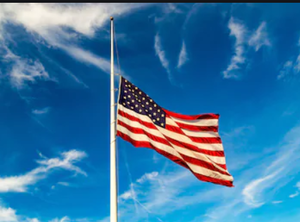 Governor Ned Lamont today announced that he is directing U.S. and State of Connecticut flags to be lowered to half-staff from sunrise to sunset on Tuesday, December 14, 2021, in remembrance of the twenty children and six adults who were killed nine years ago in the tragedy at Sandy Hook Elementary School in Newtown. Accordingly, since no flag should fly higher than the U.S. flag, all other flags – including state, municipal, corporate, or otherwise – should also be lowered during this same duration of time.

Governor Lamont said, “The tragedy that occurred that day nine years ago is one of the worst in Connecticut history, but in its aftermath, we witnessed an outpouring of love, humanity, and kindness from over the entire world, spreading a message of hope that we must proactively work to protect. We will never forget the twenty innocent children and six devoted educators whose lives were taken all too soon that terrible morning.”