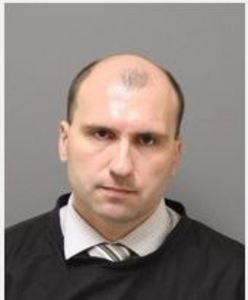 John McDonald, a Sergeant employed by the Connecticut State Police, was arrested today in connection with an off-duty motor vehicle accident in September.

On the evening of September 25, 2019, McDonald was off-duty and operating his assigned state vehicle when the accident occurred in Oxford; McDonald ran a stop sign and hit a second vehicle containing two occupants, injuring all three people involved. McDonald, who has been with the agency for 13-years, has been on paid administrative suspension since November 14, 2019.

The arrest of McDonald was the result of a comprehensive investigation undertaken by members of the Connecticut State Police, with outside supervision and guidance provided by the personnel assigned to the State’s Attorney Office in the Judicial District of Middletown.

Agency supervision of the criminal investigation was overseen by Major Scott Smith, Commanding Officer of the Central District. In the 55 days since the crash occurred, several search and seizure warrants were applied for, obtained, and executed. Evidence was collected as a result of those search warrants and was analyzed. Video was seized from various locations and numerous witnesses were interviewed.

John McDonald, age 37, was arrested by Connecticut State Police pursuant to an arrest warrant and charged with:

McDonald was taken to Troop I in Bethany, processed, and released on a court ordered written promise to appear. He is scheduled to appear on December 2, 2019, at 9:00 a.m., in GA-9 Middletown for his arraignment.

The status of the three-pronged investigation into this incident is as follows:

 The accident investigation is complete.

 The criminal investigation has reached a point where an arrest was made today, but the investigative process is continuing.