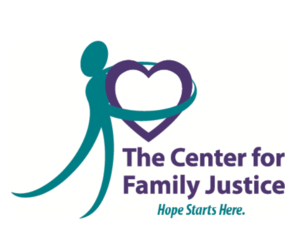 The Center for Family Justice has received a major grant in support of its innovative Pro Bono Legal Center which provides free legal services to its clients impacted by domestic violence and abuse.

CFJ received a three-year grant totaling $225,000 from The Inner-City Foundation for Charity & Education, which recently announced its dissolution after more than 30 years of philanthropic work supporting Fairfield County nonprofits that focus on serving marginalized communities.

The award will support crisis services CFJ provides annually to more than 4,000 people impacted by domestic and sexual violence in the communities of Bridgeport, Easton, Fairfield, Monroe, Stratford, and Trumbull.

Since its inception in 2019 CFJ’s Pro Bono Legal Center has provided more than 150 clients more than 1,562 hours of free legal services saving them more than $575,000 in legal fees. These services are critical to victims who are often in desperate need of legal representation for matters related to their abuse including divorce, custody disputes, financial support, housing, and employment issues.

“This significant gift from The Inner-City Foundation for Charity & Education is truly a game changer for our legal services program and our clients,” said Debra A. Greenwood, President & CEO of The Center for Family Justice. “Having access to legal counsel makes it possible for abuse victims to access the justice they need and deserve. It means they don’t have to face their abusers alone in court. The value of that for victims who have experienced significant trauma can’t be understated.”

Greenwood noted this impactful grant was especially meaningful because the foundation is concluding its work this year. CFJ’s grant was part of about $6 million the foundation awarded this year to 30 nonprofits as part of its final grant awards. “We have been fortunate, through the years, to count on the Inner-City Foundation for Charity & Education and want to thank everyone who has been behind its mission for that unwavering support. We are honored to be part of its vast legacy and congratulate the foundation on its many achievements in service to others.”

“We wish we could have gone back and given funds to everyone we have supported over the years – about 200 grantees over 30 years, but that was not feasible,” said Karen Barry Schwarz, Executive Director of The Inner-City Foundation for Charity & Education. “We looked at those grantees that we regularly supported over the last 10 years or so and chose carefully from a large group of proposals. We’re delighted that our donors’ funds will be doing good in Fairfield County for many years to come, and in some cases, in perpetuity. In the case of The Center for Family Justice, we have always, since our beginnings, looked for ways to serve the underserved in Fairfield County.  The Center for Family Justice is a prime example of helping those who need help the most, and we are thrilled to help CFJ expand their offerings for the next several years."