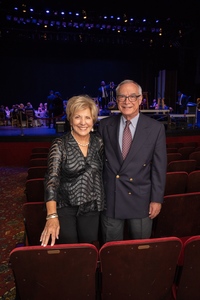 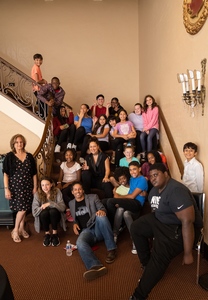 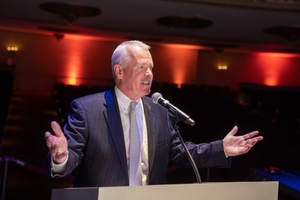 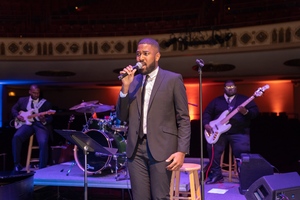 Stamford, CT (September 27, 2019) – On Tuesday, September 24, The Palace Theatre in Stamford held it’s first annual Chairman’s Dinner. 100 supporters gathered on the stage of The Palace for an evening featuring special performances from the organization’s Arts in Education students and singer Allen Rene Louis. The event raised $25,000 to support The Palace and its arts education programs.

The Palace also presented a special recognition to Sandy Goldstein, president of the Stamford Downtown Special Services District. “Sandy has been an outstanding corporate citizen in her contributions to the life and wellbeing of Downtown Stamford,” noted Michael Moran, President and CEO of The Palace. “We are thrilled to present her with this much-deserved honor.”

The Palace’s Arts in Education programs are held year round and strive to Inspire, Challenge and Engage through the arts area youth by offering opportunities in performing, choreography, playwriting, master classes and intensives in circus arts, acting, voice and dance. Students learn skills that are important in academic and life success such as confidence, problem-solving, teamwork, perseverance and focus.