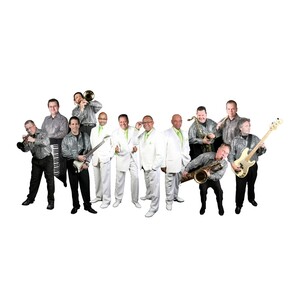 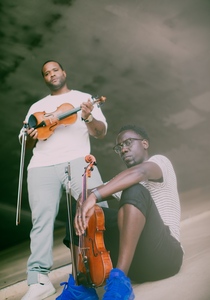 On Thursday, September 22, The Palace Theatre in Stamford will kick off its new diversity series with “Soultown to Motown” from the Sensational Soul Cruisers. The Palace Diversity Series, sponsored by Shipman & Goodwin, will feature three shows this fall.

“The Palace Theatre is committed to championing policies and practices of cultural equity that empower the region and are grateful to have Shipman & Goodwin as a partner in these efforts,” said the organization’s President and CEO, Michael Moran. “The Palace provides a platform to celebrate unique cultures in our local community and is inclusive and representative of all people. We are excited to launch this new series and will continue to strive to embrace all in our multicultural community.”

The Palace Diversity Series’ current showlineup includes “Soultown to Motown” and “Black Violin: Give Thanks Holiday Tour” with a third fall performance to be announced shortly.

Soultown to Motown (September 22 at 8pm): “Soultown to Motown” from the Sensational Soul Cruisers has audiences on their feet, singing and dancing to the greatest hits of the Temptations, the Jackson Five, The Spinners, Isaac Hayes, Marvin Gaye, The Four Tops and many others. The 11-piece, choreographed band delivers a full multimedia show with its members being described as a cross between Kool and the Gang, Chicago and the Temptations. “Soultown to Motown” will take you on a musical journey from Memphis to Philly to Detroit.

Black Violin: Give Thanks Holiday Tour (November 11 at 8pm): Led by classically trained string players Wil B. (viola) and Kev Marcus (violin), Black Violin also features DJ SPS and drummer Nat Stokes. The band’s “Give Thanks” tour employs playful storytelling, whimsical string melodies, and hard-hitting beats to highlight the unifying pillars of the holiday season – giving back to others and being wholeheartedly thankful. Fans can expect to dance along to hits from the band’s Grammy-nominated “Take the Stairs” album as well as holiday favorites from their “Give Thanks” album.

Tito Nieves Y Daniela Darcourt Tour USA (September 23 at 8:30pm): Born in Puerto Rico and raised in the US, Tito Nieves is known for his many hits including “El Amor Más Bonito,” “Sonámbulo,” and the English salsa sensation, “I Like It Like That.” Singer, actress and dancer Daniela Darcourt is originally from Lima, Peru. The winner of El Artista del Año’s second season, Daniela is hailed as one of the promising voices in salsa and celebrated for her impressive talent and charisma.

Myriam Hernandez in Concert (October 9 at 8pm): Myriam Hernandez is a long time acclaimed Chilean Latin pop singer, songwriter, and entertainer. She has enamored thousands of crowds all over Latin America and around the world. Since her first album came out in 1988, hits like “El hombre que yo amo” (The Man I Love), and “Ay Amor” (Oh Love) plus many others have become hymns for the Hispanic community to be sung for decades. She has also collaborated with music giants like Paul Anka, Ricardo Montaner, Armando Manzanero, Sergio Lagos, Lucio Gatica, Ricky Martin, Celine Dion, Julio Iglesias, and the late Juan Gabriel, among others.

World Ballet Series: Swan Lake (November 6 at 6pm): Part of the World Ballet Series, Swan Lake will be performed live by a multinational cast of 50 professional ballet dancers gathered to bring the most famous love story to life. See the iconic Dance of the Little Swans, count Odile's 32 fouettés, and immerse yourself in Tchaikovsky's magical music. The production will feature richly detailed, hand-painted sets as well as over 150 radiant costumes that bring fresh representation to this timeless classic.

To purchase tickets or for more information, call the Box Office at (203) 325-4466 or visit www.palacestamford.org. The Palace Theatre is located at 61 Atlantic Street in Stamford, CT. For the latest news and updates, follow @ThePalaceTheatreStamford on Facebook and @PalaceStamford on Twitter and Instagram.