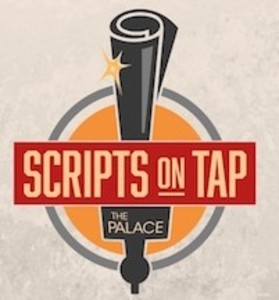 On Monday, November 18, The Palace Theatre in Stamford will kick of its new Scripts on Tap series in partnership with Half Full Brewery. The four-part series includes readings of new works in development for both theatre and screen.

Led by Director and Producer Lynne Colatrella, Scripts on Tap readings are the next step prior to mounting a full production of the work and feature professional actors. The series begins with Art of Happiness on November 18, followed by Taming the Lion on January 27, Five Days Four Nights on March 23 and a fourth reading, to be announced, on Monday, May 18.

“With Scripts on Tap, we’re inviting the public in to witness new theatrical works from the ground up,” noted Michael Moran, President and CEO of The Palace. “It’s an exciting, unique opportunity to experience live theatre in a different way. Since these works are still in the reading stage, audience feedback is also a very important part the process.”

November 18: Art of Happiness – A screenplay written by Laurie A. Guzda with George Strakosch, Art of Happiness is about friendship, farming and life outside of Los Angeles. Arthur Face, former pop idol, has lived a charmed existence for his entire life in LA. But after being scammed out of his money, all he has left is a small boarding house in the Pocono Mountains, in the quaint town of Happiness, PA. He and his three best friends of nearly 50 years decide rather than live alone; they will open an Inn together and enjoy the benefits of communal living. Guzda is a Storytelling Artist through writing, performance, photography, art, and interactive experience.

January 27: Taming the Lion – A play written by Jack Rushen, Taming the Lion is the true story of the contentious relationship between movie mogul Louis B. Mayer and William Haines, the first openly gay actor in the studio system in 1930. Rushen is a two-time winner of the Julie Harris Playwriting award for his plays Image and Taming the Lion. Recently, his short play, Testimonial, won first place in the Standing Ovation Awards and was published by Smith & Kraus in “The Best Short Plays of 2019.”

All performances begin at 7:00pm. Half Full Brewery will be selling craft brews at the readings.

Individual tickets are $12.50 plus a $2.50 facilities and handling fee. The Palace is offering a “Buy More and Save” bundle for patrons interested in all four Scripts on Tap readings. The $50 bundle, available under “Specials” on The Palace’s website, includes a ticket to each reading when purchased in a single transaction. The facility and handling fees for bundle tickets will be waived.

The Palace Theatre is located at 61 Atlantic Street in Stamford, CT. Tickets for all performances may be purchased on palacestamford.org or by calling the box office at 203-325-4466. For the latest news and updates, follow @ThePalaceTheatreStamford on Facebook and @PalaceStamford on Twitter.