Details
Published on Thursday, 02 September 2021 18:12
Written by City of Stamford 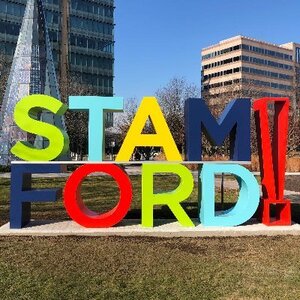 Stamford experienced up to 8.5 inches of rain overnight into early Thursday morning, according to local weather officials. Mayor David Martin issued an emergency declaration for this event to ensure the swift allocation of emergency response resources as needed.

City Emergency Management Officials responded to a number of issues including motor vehicle accidents, building floods, power outages, and necessary water rescues. There are currently 75 accident incidents, most of which are attributed to vehicles that were damaged in the storm and need to be towed.

“Like other major weather events, The City and Public Safety and Operations Departments were prepared and have done an outstanding job,” said Mayor David Martin. “I want to offer my sincerest appreciation to the members of the Stamford Fire Department, Stamford Police Department, EMS, our 911 dispatchers, and our Operations Department for their successful response and effort in combatting the storm. Due to their efforts, there was no loss of life, and injuries were minor and kept to a minimum.”

The Public Safety and Operations Department recorded a large number of incidents in a short period of time with upwards of 1800 911 calls in a ten hour period. Many calls were a result of Greenwich and Darien’s 911 call centers being down.

As of approximately 10 a.m., there has been a reported 17 motor vehicle accidents, 18 water rescues, 43 vehicles towed, and upwards of 600 power outages in Stamford. Public Safety Departments have responded to more than 317 calls for service.

“During the height of the storm, we worked together Operations personnel utilizing front end loaders to readily assist and enact emergency response to any residents’ calls for assistance. We are currently working with Eversource to restore residents who are still out of power,” said Director of Public Safety, Health, and Welfare Ted Jankowski.

Local tree and highway crews have been active since 11 p.m. Wednesday evening to respond to any incidents. The Department of Transportation, Traffic, and Parking are currently attending to a number of traffic lights which are out across the city.

An Emergency Shelter was opened at Stamford High School and assisted several Stamford families in need of immediate sheltering.

Farm Road is the only road deemed impassible or effectively closed in Stamford at this time.