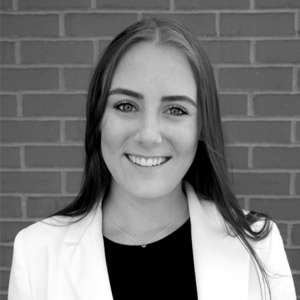 Hardy joined the Stamford based marketing and communications agency as Assistant Account Executive in May 2018. In her new role, Hardy will take on expanded public relations responsibilities, working more closely with agency clients to oversee publicity from planning through execution. She will also have a greater role in developing, managing and executing strategy, content and engagement for Catalyst’s social media accounts.

Hardy graduated from Muhlenberg College in Pennsylvania with a degree in both media and communications and studio art. She served on the executive board of Muhlenberg’s Alpha Chi Omega chapter and interned at one of the state’s top public relations agencies, where she handled assignments on various key accounts. Hardy, a graduate of Staples High School in Westport, CT, resides in Stamford. She is also a Certified Personal Trainer by the National Federation of Professional Trainers.