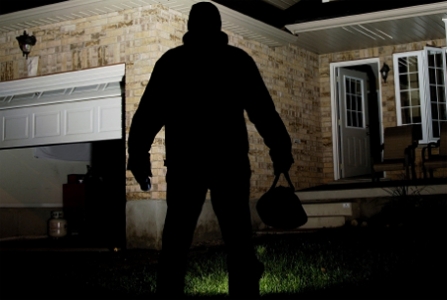 Darien, CT- On Thursday July 24, 2014 at approximately 11:30am, officers responded to an Anthony Lane residence on the report of a burglary in progress. The female victim reported that she had come home to find a masked male in her residence. The suspect, who was in the living room at the time, began to walk toward the victim when confronted. Fearing for her safety, the victim fled the residence and ran to a neighbor's house to call 911. While running from the residence, the victim fell and sustained an injury to her arm. She was later treated by Darien EMS at the scene.

Officers responding to the area set up a perimeter and used a K-9 Unit but were unable to locate the suspect. The Stamford Police Department and the Connecticut State Police also assisted with the search due to the close proximity to I-95 and the Stamford City line. A full list of property stolen from the residence is undetermined at this time.