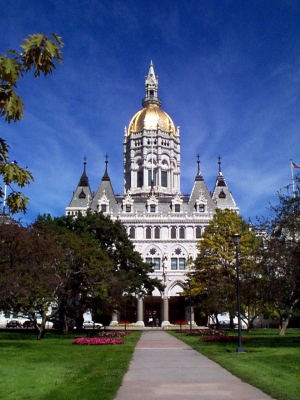 While we all may be familiar with the dangers of lead, did you know there are many other metals that can also pose serious health risks? And, shockingly, many of these metals are found in products we give to the people most vulnerable to the effects – children.

Cadmium is one of those toxins we all need to watch out for. It is a naturally occurring heavy metal that is commonly used in children's jewelry and other metallic products. It is a known carcinogen that can be extremely dangerous if ingested. It has been tied to respiratory, kidney, bone and liver problems. It is also a major problem our state is ready to tackle.

This year, the state established a task force of lawmakers, including me, that will work to determine an acceptable standard for cadmium levels in children's jewelry made and sold in Connecticut. Currently, Connecticut does have cadmium standards in place. But these standards don't match newer national standards. This discrepancy creates a big question for the jewelry makers and vendors in our state: what standards should they follow?

The Connecticut standards were established back in 2010. No national standards were in place, so Connecticut consulted its own research to make a preemptive strike and limit cadmium allowed in children's jewelry. The state standard set a limit of 75 ppm (parts per million) total content for cadmium.

Multiple states also passed similar legislation, drawing the attention of the federal government and fashion jewelry industry. Eventually, a national study was commissioned. Industry experts, chemists, environmentalists and members of the U.S. Consumer Product Safety Commission formed the national jewelry safety committee. After 18 months of testing, the group established a national standard for many metals, including a standard of no more than 300 ppm total content for cadmium.

Connecticut's current standard falls under the new federal limit, but that doesn't mean that we won't face problems because of the inconsistency. In-state jewelry makers and out-of-state vendors could be compliant with the federal standards, but still in violation of the state standards. In light of this, the state task force must examine the benefits and risks of changing our standard to match the national limit.

The presence of toxins in our homes, communities and everyday products can be shocking and overwhelming. I am glad to see our state and our nation working cooperatively towards better protecting our kids from these potential dangers. Now that a national standard is available, we have to do our best to adopt a smart level of uniformity, to truly keep kids safe everywhere.