$100,000 Grant from CT Dept. of Transportation to Raise Awareness About Kids in Hot Cars 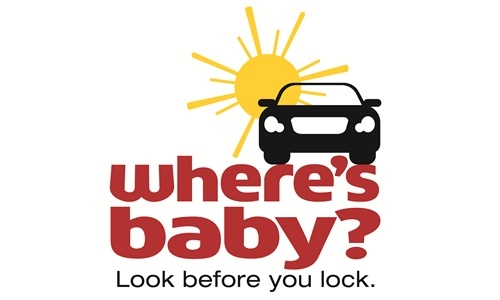 "Children are especially vulnerable to heatstroke and parents should make it a habit to check their back seats after every ride. This campaign is designed to reach parents in every corner of the State," said Dr. Brendan Campbell, Director of Pediatric Trauma at Connecticut Children's.

"As a pediatric ED doctor and parent I am reminded every day how a small distraction in our busy lives can have grave consequences to a child," said Marc Auerbach, MD. "Children make significantly more heat than adults because higher metabolic rates and they have decreased ability to sweat off heat. In the hot car they also absorb the heat five times faster because they have more surface area compared to their total mass."

The Connecticut Department of Transportation is supporting the campaign during the months of August and September through a grant to Connecticut Children's Injury Prevention Center. The "Where's Baby" campaign includes billboards, radio, and other media. The Injury Prevention Center created a coalition that includes Yale-New Haven Children's Hospital and Safe Kids Connecticut to help raise awareness statewide of this danger. Funding for this initiative made possible by the National Highway Traffic Safety Administration (NHTSA).

"Losing a child at any age is one of life's great tragedies. It's especially hard when the death of a child was preventable. We are pleased to have a role in this campaign," said Connecticut DOT Commissioner James P. Redeker.

Heatstroke continues to be the leading cause of non-crash related deaths for children 14 years old and younger. An average of 38 children have died in hot cars each year in the USA since 1998. This year alone, more than 16 children have died from heatstroke after bring left in a hot car, including a 15-month-old boy in Ridgefield. U.S. Senators Chris Murphy and Richard Blumenthal both support this initiative.

"I'm thrilled that only a few weeks after my phone call with NHTSA Director Friedman to request more funding for the 'Where's the Baby?' campaign in Connecticut, new money is being spent to boost this initiative," said Senator Murphy. "One of the best ways to prevent these tragic deaths is to educate and remind parents of the dangers of heatstroke, and that's exactly what this funding will do."

"The message today is simple—look before you lock," said Senator Blumenthal. "This public service campaign is a vital first step in getting this important, life-saving information out to parents and caregivers and I applaud the state, Connecticut Children's, Yale-New Haven Hospital and Safe Kids Connecticut for their leadership in this effort."

In Connecticut alone, there have been 6 reported incidents of adults leaving children alone in hot cars during the month of July.

For more information on the "Where's Baby" Campaign, visit www.wheresbaby.org