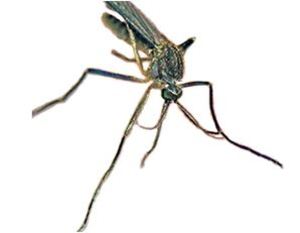 Residents Are Advised To Protect Themselves and Their Children by Avoiding Outdoor Activity from Dusk to Dawn, When Mosquitoes Are Most Active  First Human Case of West Nile Virus Identified In Connecticut This Year

Department of Public Health (DPH) Commissioner Renée D. Coleman-Mitchell today is announcing a second Connecticut resident has tested positive for Eastern Equine Encephalitis (EEE) infection. The patient is an adult resident of Old Lyme who became ill during the second week of September with encephalitis and remains hospitalized. Laboratory tests, which were completed today at the Centers for Disease Control and Prevention (CDC) Laboratory in Ft. Collins, Colorado, confirmed the presence of antibodies to the virus that causes EEE.

This afternoon, DPH learned that the first person diagnosed with EEE this year in Connecticut passed away earlier this week.  The patient, an adult resident from the Town of East Lyme, was hospitalized with encephalitis in late August.  This is Connecticut's first fatal human EEE case since 2013.

“The identification of two Connecticut residents with EEE, one of whom has passed away, emphasizes the seriousness of this infection,” cautioned DPH Commissioner Renée Coleman Mitchell.  “Using insect repellent, covering bare skin and avoiding being outdoors from dusk to dawn are effective ways to help keep you from being bitten by mosquitoes. Mosquitoes continue to be active until the first heavy frost.”

States throughout the Northeast are also experiencing an active season for EEE.  In addition to the virus being found in mosquitoes, there have been a total of 10 human cases of EEE infection in Massachusetts, including two fatalities, and three human cases in Rhode Island, including 1 fatality. Although EEE-infected mosquitoes continue to be detected in the southeastern corner of Connecticut, the numbers are declining and we are not experiencing the excessively high levels of activity seen in Massachusetts.

It takes 4 to 10 days after the bite of an infected mosquito to develop symptoms of EEE. Severe cases of EEE virus infection result in encephalitis, an inflammation of the brain. Approximately a third of patients who develop EEE die and there is no specific treatment for EEE.

The DPH continues to advise against unnecessary trips into mosquito breeding grounds and marshes as the mosquitoes that transmit EEE virus are associated with freshwater swamps and are most active at dusk and dawn.  Overnight camping or other substantial outdoor exposure in freshwater swamps in Connecticut should be avoided.  Even though the temperatures are getting cooler, mosquitoes continue to be active until the first heavy frost and residents should continue to take measures to prevent mosquito bites. Pesticide spraying to kill adult mosquitos is unlikely to be effective at this time of year when it is cooler at night and mosquitos are less active.

The DPH is also announcing an adult resident of Danbury has tested positive for West Nile virus (WNV) infection. This is the first human case of WNV identified in Connecticut this season. The patient became ill during the third week of August with encephalitis and is recovering. Tests performed at the CDC Laboratory in Ft. Collins, Colorado confirmed the presence of antibodies to the virus that causes WNV disease.

Most people (8 out of 10) infected with WNV do not develop symptoms. Approximately 1 in 5 people who are infected develop a fever and other symptoms. About 1 out of 150 infected people develop a serious, sometimes fatal, illness. In 2018, 23 human cases of WNV virus were identified in Connecticut residents, including one fatality.

For information on what can be done to prevent getting bitten by mosquitoes and the latest mosquito test results and human infections, visit the Connecticut Mosquito Management Program website here