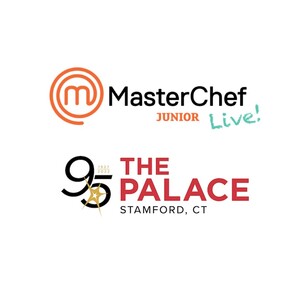 TCG Entertainment, leader in live entertainment properties and touring productions, in association with Endemol Shine North America, producer of the hit culinary competition series MasterChef Junior, have announced the 2022 MASTERCHEF JUNIOR LIVE! Tour. Serving up a perfectly balanced good time, MasterChef Junior Live! Tour is traveling though 25+ cities and will be at The Palace Theatre in Stamford on October 11, 2022. F

eaturing Season Eight winner, finalist and fan favorites, tickets start at $30 and can be purchased at www.palacestamford.org beginning this Friday, June 10, 2022.

The 2022 MasterChef Junior Live! tour promises to have all the ingredients for family fun. Featuring more mouth-watering cooking demonstrations and challenges to tickle your taste buds and funny bone. The all-star cast will be revealed after the season finale of MASTERCHEF JUNIOR on Thursday, June 23 (8:00-9:00 PM ET/PT) on FOX.

“MasterChef Junior Live! is one of TCG’s favorite shows to produce. We are always excited to recreate some of the fan-favorites segments from the TV series and bring it to a live audience. The energy this show brings is contagious,” says Stephen Cook, President of TCG Entertainment, Producer of MasterChef Junior Live!

A limited number of VIP Packages will be available in all markets and will include signed merchandise and more. Exclusive MasterChef Junior Live! merchandise will also be available for purchase.

Tune in to MASTERCHEF JUNIOR Thursdays (8:00-9:00 PM ET/PT) on FOX. This week, the three semi-finalists go head-to-head in front of a live audience with a surprise visit from their loved ones. The chefs have one hour to prepare a dish inspired by their families for each judge. The two chefs who manage to overcome the added pressure of the live audience will move on to the finals.

The 1,630-seat Palace Theatre is dedicated to performing arts of all genres – music, dance, theatre and comedy. In addition to hosting world-renowned performers in each of those fields, the Palace partners with arts organizations like the Stamford Symphony and Connecticut Ballet for their performances. The Theatre’s three floors encompass a deeper-than-typical Broadway-size stage, a café, a Learning Center, a theatre-long art gallery and a magnificent glass-walled promenade. The Palace is dedicated to providing exciting entertainment that enriches the cultural, educational, economic, and social life of the community. For the latest news and updates, follow @ThePalaceTheatreStamford on Facebook and @PalaceStamford on Twitter.

TCG Entertainment is a leading producer of creative content for live entertainment properties and touring productions. Owning multiple intellectual properties, and partnering with top IP holders and studios, TCG has generated decades worth of live family entertainment. With a laundry list of productions enjoyed by millions of audience members around the globe, TCG is the leading authority in providing brands a visionary, one-stop source for live touring and experiences. Visit, TCGEnt.com for more information.

Endemol Shine North America delivers world-class content and compelling storytelling to multiple platforms in the U.S. and across the globe.