Director of Music for the Queen's Funeral Performing at Christ Church Greenwich on Oct. 22 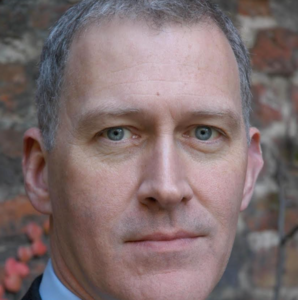 Director of Music for the Queen’s Funeral at Westminster Abbey, Mr. James O’Donnell, performing the Inaugural Concert on the new Harrison & Harrison Organ at Christ Church Greenwich on Saturday, October 22 at 5:00 pm

Christ Church Greenwich is honored to announce the Inaugural Celebration Concert for their new Harrison & Harrison organ by James O’Donnell, Director of Music at Westminster Abbey. Mr. O’Donnell has overseen the music for royal ceremonies including the recent State funeral for the Queen of England, wedding of the Duke and Duchess of Cambridge in 2011, the funeral of the Queen Mother, and the 2021 service of thanksgiving for the life of Prince Phillip, the Queen’s husband.

As Director of Music for 23 years, with over 50 organ and choral recordings to his name, Mr. O’Donnell is currently the organist at Westminster Abbey. He also leads its celebrated choir. He will be retiring from Westminster this year and joining Yale School of Music and the Institute of Sacred Music.

Mr. O’Donnell will be playing the new 4-manual Harrison & Harrison organ recently installed at Christ Church Greenwich. This landmark instrument is the culmination of a nine-year process of discernment, design, production, and installation. Containing a total of 4,639 pipes, it was built in Durham, England, and represents the largest organ made by Harrison & Harrison in the USA. The range of sound available to the player is vast, affording the possibility of sensitive accompaniment of choirs and congregations, as well as a dynamic variety that makes repertoire from across the ages come to life. The organ is unique in that it contains orchestral colors, such as a tuba, French horn, clarinet, orchestral oboe, cor anglais, and orchestral strings, as well as a percussion section that features a harp, chimes, and two sets of bells, one cast by the Whitechapel Foundry in London, England.

For this Celebration Concert, Mr. O'Donnell will present a program including works by Bach, Vierne, Stanford, Wammes, and Duruflé. This program has been specifically chosen to showcase the vast array of tonal colors available on the new organ.

As organ recitalist, O’Donnell has performed in some of the most prestigious concert halls, cathedrals, and churches in the world, including Walt Disney Concert Hall (Los Angeles), the Meyerson Center (Dallas), Davies Hall (San Francisco), the Royal Festival Hall, and the Royal Albert Hall (for the BBC Proms), and has appeared as soloist with many orchestras, including the London Philharmonic, Tokyo Philharmonic, and BBC National Orchestra of Wales.