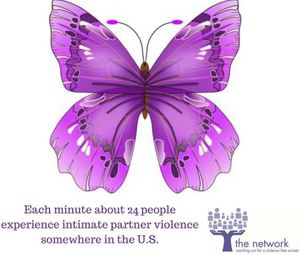 According to Connecticut’s Family Violence 2016 Arrest Report, there were 12,894 arrests for intimate partner violence in 2016, accounting for approximately one-third of all cases in Connecticut’s criminal justice system. The successful statewide implementation of LAP has had a significant impact on connecting victims in Connecticut to domestic violence services at a critical time while also shaping policy to strengthen the state’s response to domestic violence. Data collected between October 2012 and September 2017 demonstrates:

A review of over 3,000 screen responses found that 61% of victims had recently left or were attempting to leave their abuser at the time police were called, 58% of victims had experienced attempted strangulation, and 53% of victims had been stalked by their abuser. The timely connection of high danger victims to services that are facilitated by the use of LAP is critical to providing safety planning as victims prepare for the release of their abuser from custody, which may occur within hours of an arrest.

In September 2012, following a recommendation by the Connecticut Domestic Violence Fatality Review Task Force, which is led by CCADV, CCADV and the Connecticut Police Officer Standards & Training Council (POST) partnered to begin the statewide rollout of LAP. LAP utilizes a validated screening tool that identifies known risk factors for fatal intimate partner violence. The screen itself takes just 5 minutes for law enforcement to conduct and evaluate for the potential immediate referral of a victim to domestic violence services.

“The Lethality Assessment Program identifies those victims of domestic violence who are in ‘high danger’,” said Chief John Gavallas, Watertown Police Department, and President, Connecticut Police Chiefs Association. “This opens the door to safety and services that can make a significant change in the lives of those victims and their children.”

To ensure that the best practices and sizeable accomplishments achieved through LAP are not only maintained, but advanced, some next steps include:

First piloted in 2010 by Ansonia Police Chief Kevin J. Hale in concert with CCADV member organization, The Umbrella Center for Domestic Violence Services, LAP was created by the Maryland Network Against Domestic Violence. LAP is based on extensive and comprehensive research conducted by Dr. Jacquelyn C. Campbell and Johns Hopkins University over a 25 year period. Maryland LAP provided training and technical assistance for the development and implantation of LAP in Connecticut.