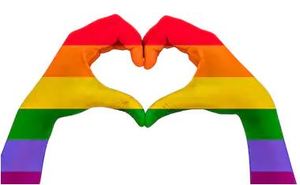 Lighthouse, Kids In Crisis' newly acquired LGBTQ+ teen group has moved their weekly meeting to Thursdays at 6PM at the Stamford Hospital Tully Center and complimentary suppers will be served. Meetings were formerly held Wednesdays at 7PM at Ferguson Library.

The group, which also hosts trips, barbecues, parties and movie nights, is announcing a newly formed speaker series, open to the public, called "Queer & Questioning: A Community Forum". Prominent speakers will be invited to a casual Q&A forum at the Harry Bennett Branch of Ferguson Library in Stamford. The forum is expected to run four times a year.

The next event is scheduled for next Wednesday, September 18th at 7PM and will feature CT State Representatives Matt Blumenthal, Jeff Currey and Stamford Board of Ed President, Andy George who will discuss laws around protecting LGBTQ+ Youth. This event is open to the public. A Pizza Meet & Greet with Rep Blumenthal will be held beforehand at 5:30PM for all interested teens. Those interested in attending the meet & greet are asked to RSVP to  This email address is being protected from spambots. You need JavaScript enabled to view it. .