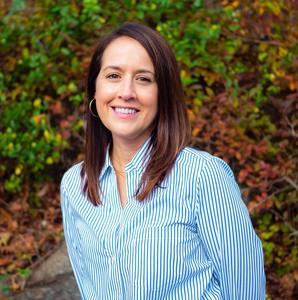 Carissa Lewis has been named new Head of School by The Long Ridge School (LRS) Board of Trustees, succeeding current Interim Head of School John Ora, who is in the 2nd year of his two year interim position. The announcement was made to LRS staff, parents and students at the end of last week.

Following an expeditious and thorough Head of School search process that began earlier this year, The Long Ridge School’s Head of School Search Committee, led by co-chairs Chris Ferraro and Anne Mengden, and comprised of representatives from Long Ridge's community of parents, teachers and the Board of Trustee, was unanimous in its recommendation to appoint Carissa Lewis.

“As a classroom teacher for the last 10 years and our dedicated Assistant Head of School for the last two years, Carissa has excelled at cultivating new programs and after school initiatives at The Long Ridge School while preserving its founding ideals, mission and philosophy,” said LRS Board Chair Chris Ferraro. “Carissa possesses the skills, energy, creativity and experience we need to meet the needs of The Long Ridge School’s future goals. We feel grateful and fortunate to have Carissa take the helm as the school continues into its eighth decade toward a very bright future.”

Carissa Lewis came to The Long Ridge School over 10 years ago as an elementary classroom teacher and then in 2014 became the School's science specialist.  Since joining Long Ridge, she has created the School's first robotics program and launched a SumoBot championship. Her work in robotics has also created many connections to other independent schools in the area and provided Long Ridge with opportunities to be more visible in both Westchester and Fairfield counties.

Carissa stepped up to the role of Assistant Head of School in 2017 and has demonstrated impressive initiative and leadership skills over the past two years.  During that time, she spearheaded efforts to roll out new programs in math and Social-Emotional Learning that are being utilized in the School today.  Under former Head of School Kris Bria and most recently with Interim Head of School John Ora's mentorship, she has stepped into new areas of growth including strategic planning, finance, development, teacher recruitment, and marketing.

Carissa Lewis stated, “Honoring the history, traditions and values of the school while bringing in new ideas and creating change in my own classrooms has been the cornerstone of my time at The Long Ridge School. I look forward to building on the school’s strong and beautiful foundation. Together we will guarantee that LRS remains an extraordinary school — a place where our students have the time and space to grow into the people that they want to be, in an environment that allows them to know and appreciate themselves and others, and where learning is truly an active and joyful experience.”