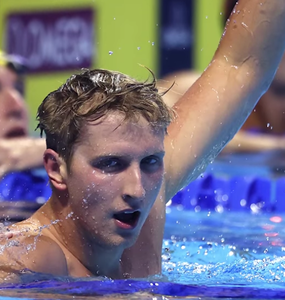 Governor Ned Lamont and Lt. Governor Susan Bysiewicz are congratulating the Connecticut athletes who have qualified to compete in the upcoming Summer Olympic Games and Paralympic Games in Tokyo, Japan, and are wishing them the best in their competitions.

Members of the U.S. Olympic team who are from Connecticut and are currently scheduled to compete in Tokyo include:

Members of the U.S. Paralympic team who are from Connecticut and are currently scheduled to compete in Tokyo include:

“It fills me with enormous pride that we have a group of athletes from Connecticut who have advanced so far in their sports that they have qualified to represent Team USA on a worldwide stage in the upcoming Olympic and Paralympic Games,” Governor Lamont said. “It takes a strong will to make it as far as they have, and their commitment to excellence makes them great role models for so many young athletes. I wish them all the best, and I can guarantee that there will be a strong contingent of us back home in Connecticut who will be cheering them on while they compete in Tokyo.”

“Connecticut’s Olympians showcase what makes our state and our country great.” Lt. Governor Bysiewicz said. “We are so proud to support our state’s Olympic and Paralympic athletes as they represent all of us in Tokyo. Rising to the highest level of athletic competition is a testament to their hard work and determination. I join Governor Lamont and the entire State of Connecticut in wishing them well in their quest for the gold!”

(NOTE: The list of athletes was compiled by the U.S. Olympic and Paralympic Committee and is based on the location the athletes listed as their hometown, not their current residence.)