The Village Appoints Duncan Edwards as Head of Social Impact 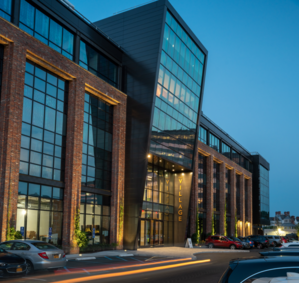 The Village, a new indoor/outdoor premium waterfront campus designed to serve the needs of entrepreneurs and creators, has announced the appointment of Duncan Edwards as Head of Social Impact. The Village Founder Brent Montgomery and his wife / Village Developer Courtney are committed to bridging the connection between community, impact and philanthropy, and Duncan will play an important role in driving this mission forward.

In this new position, Duncan will spearhead programming and partnerships to help deepen The Village’s roots in the community and give back. Duncan will forge meaningful collaborations with education at the forefront, similar to that of the recently announced initiative with Waterside School – a partnership that helps enrich the lives of students through hands-on immersions, scholarship support, internships and more.

In addition, Duncan will oversee the launch of a social impact division for WHEELHOUSE, Montgomery’s multi-vertical media, marketing, and investment business platform headquartered at The Village. This new arm will also support WHEELHOUSE 360 - which directly invests in and incubates high-growth technology and consumer-facing businesses - in helping these brands build CSR initiatives and advance positive change.

Prior to joining The Village, Duncan served as Executive Director of Waterside School, leading the PK-5th Grade independent school through, first, a decade of stubborn struggle and, in reward, one following of genuine and most generous success. Waterside was founded on the belief that the one thing owed to every child is the opportunity for a proper education. The School, serving children and families regardless of limitations in income or circumstance, was purposefully designed to offer an alternative to the region’s public school experience and to provide for its graduates a path to the area’s finest independent schools and, in time, to lives of purpose and possibility.

Duncan has long been a leader in education in Fairfield County. He began his career at Brunswick School in 1977 and served as Brunswick’s sixth Head of School from 1987-2001.  The hope in company to the appointment will be to engage those a part of his earlier chapters as well as many others in the shared and defining want in all of us to serve causes far greater than our own.

Brent Montgomery said, “In working closely with Duncan to establish our partnership with Waterside, it became clear that if we wanted to build a 1 of 1 place in The Village and company in WHEELHOUSE we needed someone who they broke the mold after, and in Duncan we found just that. He raised his network, how many people can say that!”

Duncan Edwards added, “My working life has been blessed by two chapters of both purpose and reward - 24 years at Brunswick and 18 similar in import and impact at Waterside.  This new opportunity offers much of the same.  Good people, good hearts with only the selfless want to do great and lasting good - in many ways, a small slice of perfect in a decidedly imperfect world.  The Village and Wheelhouse are uniquely positioned to not just give but to actually transform lives and to be able to do so in a most real and meaningful fashion.   Impossible to not be excited about the people, the partnership and the possibilities inherent.”