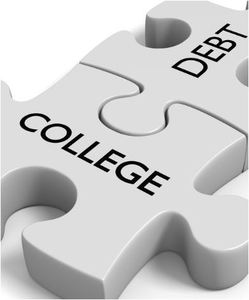 Connecticut co-led a five-year multistate investigation into the company, which was launched after numerous complaints from students  of predatory and deceptive practices and a critical report on for-profit education by the U.S. Senate's Health, Education , Labor and Pensions Committee.

"For far too long, unscrupulous for-profit colleges have put money before people, engaged in deceptive recruiting practices, and left students with a burden of crushing debt while providing them with useless degrees that wouldn't lead them to gainful employment," said Attorney General Jepsen. "Today, we are holding Career Education Corp. responsible for the misrepresentations it made to these students. It is my hope that this debt relief will help to ease the burden on students who were trying to better themselves, their careers and their livelihoods but were instead tricked into programs and degrees that were sometimes worthless."

CEC is based in Schaumburg, Ill., and currently offers primarily online courses through American InterContinental University and Colorado Technical University. The company closed or phased out many of its schools over the past decade, and included brands such as Briarcliffe College, Brooks Institute, International Academy of Design & Technology, Brown College and Le Cordon Bleu.

The states' investigation found that CEC used emotionally charged language to pressure students into enrolling in CEC schools and deceived students about the total costs of enrollment. Admissions representatives were instructed to inform prospective students only about the cost per credit hour without disclosing the total number of required credit hours.

The states alleged that CEC misled students about the transferability of credits and misrepresented the potential for students to obtain employment by failing to disclose that certain programs lacked necessary accreditation and by distorting graduation and job placement rates. The states contended that students who enrolled in CEC would not have otherwise done so, could later not obtain professional licensure, and were saddled with substantial debts that they could not repay or discharge.

Former students with questions about eligibility for debt relief can contact CEC or call the Office of the Attorney General at 860-808-5318.