Details
Published on Thursday, 17 September 2020 17:19
Written by City of Stamford 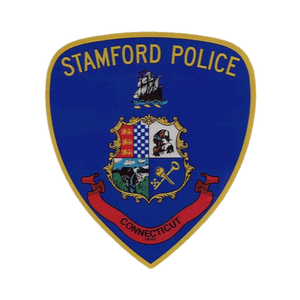 “Rodney Bass is exactly the type of person suited to serve on Stamford’s Police Commission,” said Mayor David Martin. “Rodney has deep knowledge of Stamford’s system, unique insight into how our institutions can assist the disadvantaged, and an understanding of the importance of his contributions to our community. Rodney has unwavering ethical backbone, and I am certain he will serve our community well on Stamford’s Police Commission.”

Bass is a lifelong Stamford resident who served as principal for 14 years at Turn of River Middle School from 1993 to 2007 — in addition to serving as an Interim Principal at Cloonan Middle, Rippowam Middle School, and Stamford High School at various points in his career. Throughout his decades-long career at Stamford Public Schools, Bass has earned the reputation as a community-focused man of integrity who treats individuals fairly.

“I am honored to be appointed to the Police Commission and given a continued opportunity to serve the Stamford community and my hometown,” said Bass.

Outside of his career at Stamford Public Schools, Bass began a 16-week academic review program to provide minority children in Stamford a comprehensive history of African ancestry up through modern-day African Americans. This program met once a week on Saturdays and culminated in a trip to West Africa where students visited the House of Slaves museum in Senegal, and The Gambia where author Alex Hayes traced his ancestry before writing the 1976 novel Roots.

“Rodney Bass is very passionate about this community and believes in fairness and justice for everyone,” said Chair of Stamford’s Police Commission Tim Abbazia. “He is a man with great integrity and will strengthen our community with his contributions to the Police Commission.”

In his personal life, Bass was ordained and elder at Macedonia Church in Norwalk in 1992. He worships at Bethel AME in Stamford.

Bass does not have any personal or professional ties to Stamford’s Police Department.