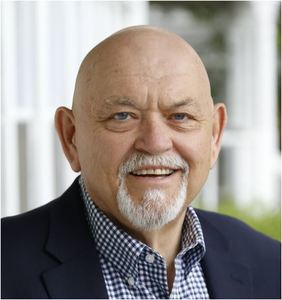 “It has been my honor and privilege to serve as Executive Director of Bridgeport Rescue Mission.”

Bridgeport Rescue Mission has announced that Executive Director Terry Wilcox will retire from the faith-based nonprofit at the end of October. He has served as the Mission’s leader for the past 18 years.

Under his guidance and direction, the Mission has become one of the state’s leading providers of food, shelter, addiction recovery programs and other support services for individuals and families who are homeless, burdened by poverty or struggling with other life-dominating challenges.

Wilcox led the Mission through the acquisition of 725 Park Avenue which, once fully funded and renovated, will be the home of a community care center well poised to have a significantly increased impact in the community over the next five years.

“Throughout his tenure, Terry’s insightful and godly influence has shaped the Mission and been a positive light within the community, raising awareness and support for our homeless neighbors,” said the Mission’s Board president, Joan McKenzie. “The Board members thank him for a job well done and for the scope of his foresight, which will carry the Mission into the future.”

The Board, pursuant to the provisions of BRM’s management succession plan, has formed a Search Committee tasked with finding an appropriate successor for this important leadership role. To ensure a smooth transition, Frank Williams, currently BRM’s Chief Financial Officer, has been assigned the additional position of acting Chief Operating Officer effective May 1st.  Frank, the former New York Director and United Nations Representative for World Vision International, brings decades of leadership experience to this post.  In this new capacity, Frank will continue to report to Executive Director Terry Wilcox.

Wilcox, 72, plans to move to Florida with his wife, Danielle, where he will begin the next season of ministry as pastor of Restoration Fellowship Church of Lakeland. “It has been my honor and privilege to serve as Executive Director of Bridgeport Rescue Mission,” he said. “I’ve worked with many boards of directors and teams of people over the past 51 years, but in these past 18 years at BRM I’ve had the great privilege of working with the best board and staff of my career.”

For more information on the Mission’s programs and services for homeless and hurting men, women and children, visit BridgeportRescueMission.org.